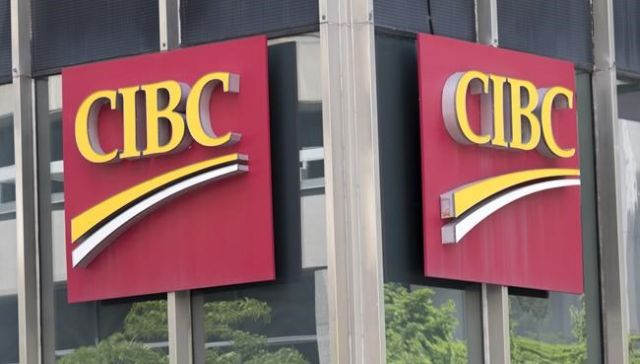 The Canadian Imperial Bank of Commerce hiked its dividend as it reported its first-quarter profit fell 11 per cent to $1.18 billion, missing expectations.

CIBC saw double-digit drops in profit from Canadian personal and small business banking and capital markets. However, commercial banking and wealth management delivered a 25 per cent uptick in earnings in the U.S. while in Canada earnings were relatively flat.

The bank said also said the quarter included several one-time items — such as a $227-million charge for a payment made to Air Canada to secure the bank’s participation in the airline’s new loyalty program — that resulted in a total negative impact of 41 cents per share.

“In the first quarter, we delivered solid performance across our strategic business units,” CIBC chief executive Victor Dodig said in a statement. “We continue to make progress on our strategy to build a client-focused North American bank with diversified earnings growth and disciplined expense and capital management while delivering superior shareholder returns.”

The Toronto-based bank’s earnings for the three-month period ended Jan. 31 amounted to $2.60 per diluted share, down from $2.95 during the same period a year earlier.

On an adjusted basis, CIBC earned $3.01 per share, down from $3.18 a year ago and below the $3.08 expected by analysts surveyed by Thomson Reuters Eikon.

Its capital markets division saw a steep year-over-year decline, down $121 million or 38 per cent to net income of $201 million driven by lower revenue and a higher provision for credit losses, or money set aside for bad loans.

The lender’s Canadian personal and small business banking arm reported net income dropped 29 per cent, or $193 million, during the quarter from a year earlier to $463 million. However, excluding certain one-time items, the division’s adjusted net income was $632 million, down $26 million or four per cent from the same period in 2018.

However, net income from the its U.S. commercial banking and wealth management rose by 25 per cent to $168 million in the latest quarter, largely due to higher revenue.

CIBC’s common equity tier one ratio, a key measure of a bank’s financial health, was 11.2 per cent during the quarter. That marks an increase from 10.8 per cent a year ago but down from 11.4 per cent in the previous quarter.

The bank’s provision for credit losses overall surged by 121 per cent to $338 million during the financial first quarter.

“The bright spot came from CM’s NA commercial businesses with volume up low double-digits, particularly U.S. commercial banking and wealth management,” he said in a note to clients.