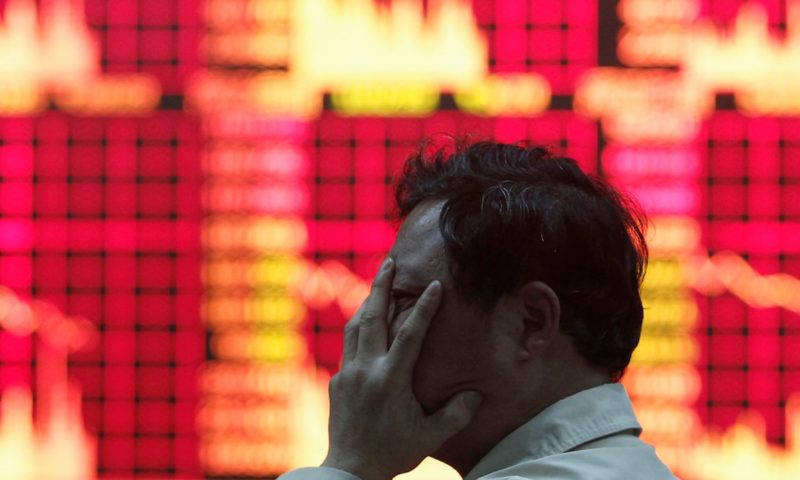 Chinese stocks took a hammering Monday as traders returned to work after a weeklong holiday in the world’s second-largest economy.

Losses on major indexes in mainland China were as high as 4.8% in a major market rout, with the China A50, which includes major companies from both the Shenzhen and Shanghai indexes, as the biggest loser. The Shanghai Composite lost 3.7% of its value, while the Shenzhen Composite was down just over 4% at the close of the day’s trading.

The reasons behind the crash are numerous but include Chinese investors’ catching up to their Asian counterparts after a week of losses in Hong Kong, Japan, and South Korea.

The main driver, however, appears to be a failure from markets to believe that fresh stimulus from China’s central bank, the People’s Bank of China, will help prevent US President Trump’s trade war from causing an economic slowdown in China. The PBOC cut its required reserve ratio for Chinese banks by 1% over the weekend.

“Chinese investors were primarily reacting to a week’s worth of news and data, and they have a lot to digest, including the prospect of a slowing and maturing economy and a bubbling trade dispute with the United States,” Fiona Cincotta, a senior market analyst at City Index, said in an email.

“China is moving towards a more mature economic model from the one that has driven its remarkable growth in the last 20 years and experiencing growing pains in the process,” she added.

The fall in Chinese equities comes just a few days after the US bank JPMorgan cut its outlook from overweight to neutral on the country’s stock market as a result of the likely negative impact of the trade war on the country’s growth.

“China sectors such as energy, IT and industrials will be most impacted based on our analysis, while sectors such as real estate, insurance, diversified financials, telecom and utilities generate virtually no revenue from the US,” a team led by Pedro Martins said in a note.

How Amsterdam’s canal boats are going electric – at a cost