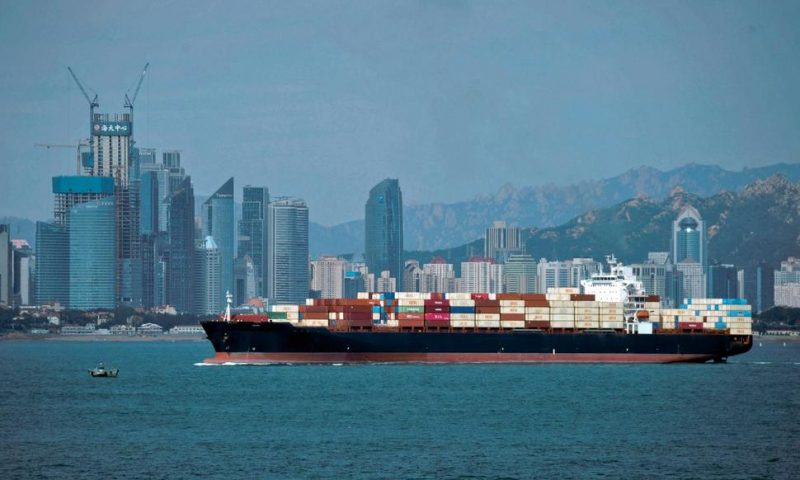 President Donald Trump announced a tentative deal Oct. 12 and suspended a planned tariff hike on Chinese imports. But details have yet to be agreed on and earlier penalties stayed in place. That is depressing trade in goods from soybeans to medical equipment.

Beijing announced Thursday the two sides agreed to a gradual reduction in punitive tariffs if talks on the “Phase 1” deal make progress. However, there has been no sign of progress on major disputes about China’s trade surplus and technology ambitions.

Optimism about the talks “could improve the climate for exports in the coming months by improving global sentiment and trade. But we remain cautious,” said Louis Kuijs of Oxford Economics in a report.

“It is unlikely that the bulk of existing tariffs will be removed soon,” Kuijs said. He said a “substantial gap” in perceptions about what each side is gaining means “there is a substantial risk of re-escalation of tensions in 2020.”