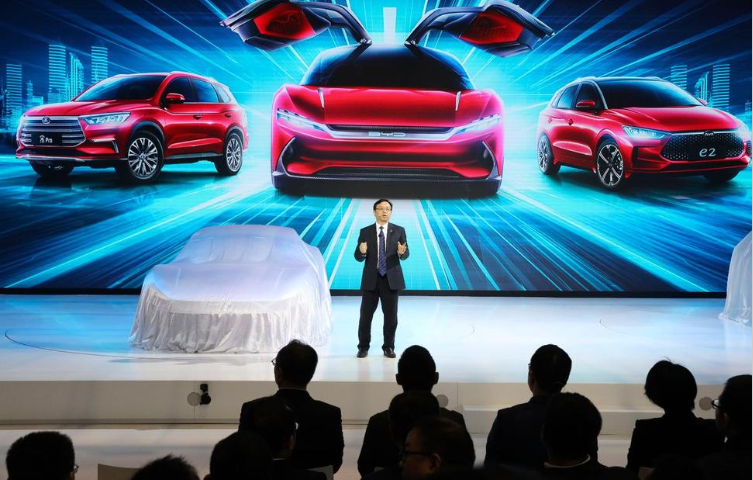 China’s auto sales fell 7.8% in June from a year earlier, extending a year-old contraction that is squeezing automakers that need to spend on developing electric cars.

BEIJING — China’s auto sales fell 7.8% in June amid a trade fight with Washington and slower economic growth, extending an unexpectedly painful downturn for automakers that are spending heavily to develop electric cars.

Drivers in the global industry’s biggest market bought 1.7 million SUVs, sedans and minivans, according to an industry group, the China Association of Automobile Manufacturers.

Total purchases in the first six months of 2019 fell 14% from a year earlier to 10.1 million vehicles, CAAM said. That was below industry forecasts of flat to slightly lower growth this year.

Sales growth turned negative last June as jittery consumers put off big purchases amid unease about China’s economic outlook and tensions with President Donald Trump over Beijing’s technology ambitions. Growth in the second-largest global economy held steady in the latest quarter but that was supported by government spending and higher bank lending.

The past year is “a sobering lesson for anyone who believed that growth in autos could happen in straight lines,” Bernstein analysts Robin Zhu and Luke Hong said in a report this week. “As it turned out, autos is cyclical, even in China.”

That is squeezing global and Chinese automakers that are racing to meet government sales targets for electric cars.

In June, total vehicle purchases, including trucks buses, declined 9.6% from a year earlier to 2 million.

Purchases of pure-electric and gasoline-electric hybrid SUVs, sedans and minivans rose 80% to 152,000.

Beijing has promoted electrics with billions of dollars in research grants and buyer subsidies. But subsidies are due to end next year and regulators are shifting the burden to automakers by imposing mandatory sales targets for electrics.

That requires automakers to pour money into developing electrics that can compete with gasoline-powered vehicles on price, performance and style.

One of China’s most ambitious domestic brands, Geely Auto, reported this week its June sales were down 29%. It warned its first-half profit would fall by 40%.

GM, which competes with VW for the status of China’s most popular brand, announced no June figures but said second-quarter sales totaled 753,926.