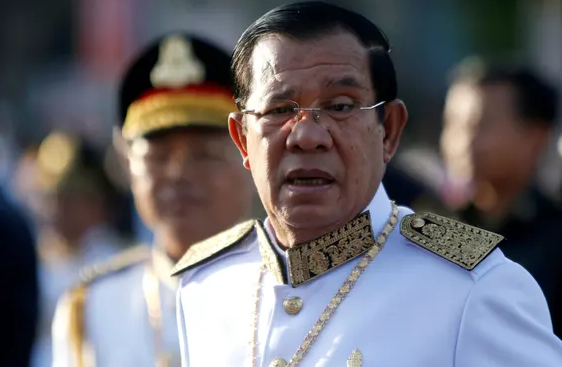 China has signed a secret deal to allow its military troops to be stationed at a naval base in Cambodia, according to reports.

The Wall Street Journal, citing US officials who had seen a pact drawn up between the two countries, reported that the Cambodian prime minister, Hun Sen, has agreed to give China access to the Ream naval base on the Gulf of Thailand.

Fears that China intended to place troops in Cambodia, giving them enhanced access to the contested South China Sea and an unprecedented economic and territorial foothold in south-east Asia, have circulated for months.

The prospect of a Chinese naval base in Cambodia was first raised in a letter from the US vice-president, Mike Pence, to Hun Sen in 2018 but was repeatedly dismissed by Hun Sen as “fake news”.

After renewed reports on Sunday, the prime minister once again denied the story. “This is the worst ever made-up news against Cambodia,” he told the pro-government news site Fresh News on Monday. “No such thing could happen because hosting foreign military bases is against the Cambodian constitution.”

However, Hun Sen’s independence from Beijing has increasingly been called into question. Over the past two years he has accepted more than $600m (£480m) in loans as part of China’s controversial Belt and Road initiative. China has also committed almost $2bn to build roads and bridges across Cambodia, with further infrastructure and multimillion-dollar business deals in the works, and given another $150m in aid.

This is most prominent in the once sleepy seaside town of Sihanoukville, which has become a focal point of Chinese investment, with almost 100 casinos springing up in two years catering solely for Chinese visitors and a special economic zone established for Chinese companies. Chinese nationals now own more than 90% of businesses in Sihanoukville.

“If true, it’s further evidence of Cambodia falling deeper and deeper into China’s embrace,” said Sophal Ear, a prominent Cambodian political scientist. “It does not come as a surprise as speculation has mounted from US government sources and I don’t believe that kind of speculation is based on no evidence.”

Sophal added: “It reveals that we’re in uncharted waters. Hun Sen needs China and China needs Hun Sen and Cambodians pay the price. It appears that there are massive strings attached to these loans. If Cambodia had said no, do you think China would continue its massive investment in Cambodia?”

The Cambodian naval base in question is adjacent to Dara Sakor, a $3.8bn investment zone near Sihanoukville that encompasses 20% of Cambodia’s coastline, which is entirely funded and constructed by a Chinese company, Union Development Group (UDG). Suspicions had been raised that the project could be put to military use by Beijing when it was revealed that an airport, with a runway capable of handling military aircraft, was part of the development.

China’s Belt and Road initiative, worth $1tn and spreading across 70 countries, is supposedly about securing trade routes but there are increased concerns it is also a way for China to secure its military dominance across pivotal regions. It has already set up its first overseas military base in Djibouti.

In a statement, the US state department urged Cambodia to reject any Chinese military presence on its sovereign soil, saying the nation had a “constitutional commitment to its people to pursue an independent foreign policy”.

“We are concerned that any steps by the Cambodian government to invite a foreign military presence in Cambodia would threaten the coherence and centrality of the Association of Southeast Asian Nations in coordinating regional developments, and disturb peace and stability in south-east Asia,” the statement added.