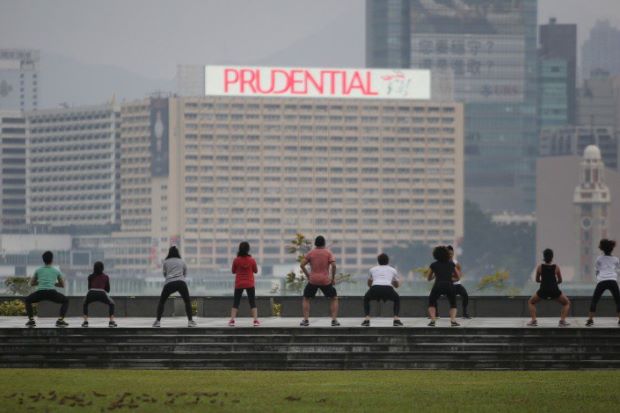 HONG KONG/BEIJING: China will accept applications early next year from foreign insurers seeking to take control of their local joint ventures and is even weighing giving them full ownership earlier than flagged, people with direct knowledge of the matter said.

The regulator is expected to publish its final guidelines as soon as the first quarter of 2019 and would begin taking applications from interested foreign insurers soon after that, they said

Britain’s Prudential Plc and Canada’s Sun Life Financial Inc are among insurers who expressed interest in recent months in owning more of their China operations.

And Hong Kong-based FWD Group, owned by tycoon Richard Li, is also in the process of obtaining regulatory approval for a majority-owned China insurance joint venture, according to a separate person with knowledge of the matter.

China has set an agenda to open up its financial sector and has already taken steps this year to relax foreign ownerships in securities ventures.

Beijing said in November last year that for insurance ventures it would first raise the foreign ownership cap to 51 percent from 50 percent. It has also pledged to remove the limit completely in three years.

But there has been little clarity on the status of the sector’s opening up, and doubts about Beijing’s commitment has crept in amid an escalating Sino-U.S. trade war and a regulatory overhaul.

The plans for the insurance sector, the world’s third-largest insurance market, show the liberalisation plan has not been derailed.

The regulator is now considering advancing the three-year timeline for allowing foreign insurers to take full control of their onshore joint ventures, two of the people said.

“We have seen no signs of China looking to delay or put on hold its commitments to open up the financial sector despite the challenges on other fronts. If anything, they are looking to advance the process,” said a top executive at a large foreign insurance company with a China presence.

The China Banking and Insurance Regulatory Commission (CBIRC) is currently reviewing the feedback it received as part of a sector consultation process that ended recently, the people told Reuters.

The regulator, in a consultation paper issued earlier this year and seen by Reuters, has proposed, among other measures, that the major shareholder of a foreign-funded insurer will not be allowed to sell the equity within five years from its acquisition.

The CBIRC did not respond to an emailed request seeking comment. All the sources declined to be named as they were not authorised to discuss regulatory matters.

A spokesman for FWD said it applied to the CBIRC for a joint venture license in May. “China is obviously somewhere where we see huge opportunities to meet the financial and insurance needs of mainland customers,” it said.

It has not been smooth sailing for foreign insurers in China, despite low market penetration at 3 percent of gross domestic product, and a growing middle-class.

Insurers including Aviva Plc and Prudential have been in China for decades, but their collective market share is still below 10 percent as a result of ownership curbs and limited awareness about insurance.

The total market share of foreign life insurers in China was just 6.97 percent last year, while the same was 1.96 percent for foreign property and casualty insurance companies, according to Guotai Junan Securities.

“For foreign life insurers, that’s mainly caused by the conflicts between Chinese and foreign shareholders over management styles, and a slow buildup of branches,” the brokerage said in a report in May.

While a 1 percentage point rise in the equity ownership would not have a big impact on the balance sheets of the global insurers, winning management control would help drive the business and facilitate decisions on expansion, industry sources said.

The regulator is likely to make it easier for foreign-owned joint ventures to expand into new provinces, moving away from its current practice of rationing of new branch opening applications, the people said.

The Latest: Labour Leader: New EU Vote ‘Not for Today’