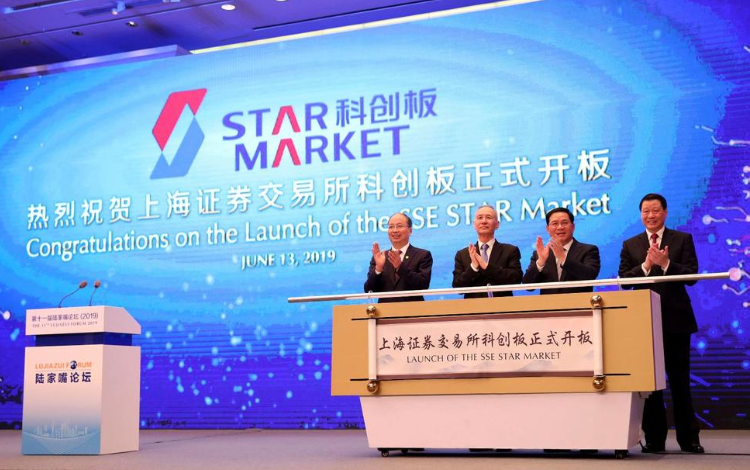 Trading starts Monday on a Chinese stock market for high-tech companies that play a key role in official development plans that are straining relations with Washington.

Regulators have approved 25 companies in information technology and other fields seen by communist leaders as a path to prosperity and global influence for the Shanghai Stock Exchange’s STAR Market.

The market, modeled on the U.S.-based NASDAQ, reflects the ruling Communist Party’s desire to channel private capital into its development plans. It gives small Chinese investors a chance to buy into tech industries that until now have turned to Wall Street to sell shares.

The STAR Market has no direct link to Beijing’s tariff war with President Donald Trump over U.S. complaints China steals or pressures companies to hand over technology. But it will raise money for industries some American officials see as a competitive threat to U.S. technology leadership.

“The new board’s important role is to provide a fundraising channel for China’s scientific and technologic innovation,” said economist Lu Zhengwei at Industrial Bank in Shanghai.

China’s stock exchanges in Shanghai and the southern city of Shenzhen were set up in the early 1990s to raise money for state industry. They have expanded to include private enterprises but still are dominated by government-owned companies such as PetroChina Ltd. and China Mobile Ltd.

Companies such as e-commerce giants Alibaba and JD.com and search operator Baidu.com have raised billions of dollars on Wall Street. But foreign stock sales are inconvenient and expensive for smaller companies.

The STAR Market has more lenient standards for profitability and price volatility than the main exchanges. The Shenzhen Stock Exchange launched its own second board, dubbed ChiNext, in 2009 for small, faster-growing companies.

Companies that have yet to make a profit can trade on the Shanghai tech board if they spend at least 15% of revenue on research and development or have drugs or other technologies in advanced development. By contrast, the main board requires at least two years of profits before a company can join, a condition that has limited access for fledgling ventures.

Allowing companies to sell shares before they are profitable will encourage development of Chinese venture capital by allowing early investors to recover some of their money, said Lu of Industrial Bank.

hares on the new market can swing by 30 percent in price before regulators will impose a 10-minute trading halt. The main exchanges halt trading for the day of any stock that rises or falls 10 percent in price.

In addition to companies due to start trading Monday, the Shanghai exchange said it was reviewing applications from 116 other ventures for initial public share offerings.

What Consumers Can Do as Regulators Weigh Compounds’ Risks