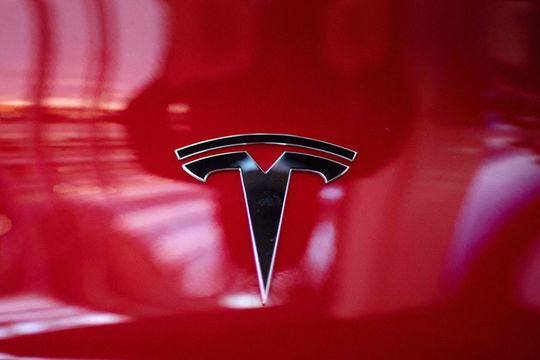 “If nothing were to change in our outlook and we got to $3,000 next year, my guess is that we would be peeling out of it.”

That was Cathie Wood, founder and CEO of Ark Investment Management, discussing the point at which she’d sell one of her biggest holdings, electric-vehicle maker Tesla TSLA, +1.70%. She made the comments at the Morningstar Investment Conference on Wednesday, according to Bloomberg News.

That $3,000 level represents the five-year base price target that Wood announced in March. Shares of Tesla were up 0.9% in premarket, after closing up 1.7% to nearly $752 on Wednesday.

At the conference, Wood debated high growth stocks and equity bubbles with Rob Arnott, founder and chairman of the board of Research Affiliates, who has in the past described surging valuations for Tesla and other EVs as “pricing delusion” that can’t last.

He asked her what kind of “sell discipline” can protect investor gains, and her response came later during a press conference, when she said she’d sell Tesla stock next year if that long-term target was reached.

The ARK founder wasn’t budging from her Tesla optimism, though, as she also said battery pack systems were getting cheaper, with prices of electric cars to follow in around a year. By 2025, she expects the average electric vehicle will carry an $18,000 price tag, versus the roughly $25,000 that traditional autos will cost.

Wood, whose firm focuses on companies in the disruptive technology space, also rejected the idea that the stock market could be in a bubble. “But I do believe the market is beginning to understand how profound some of these platform opportunities are, and how sustained and rapid the growth rates are going to be,” she said, according to Reuters.