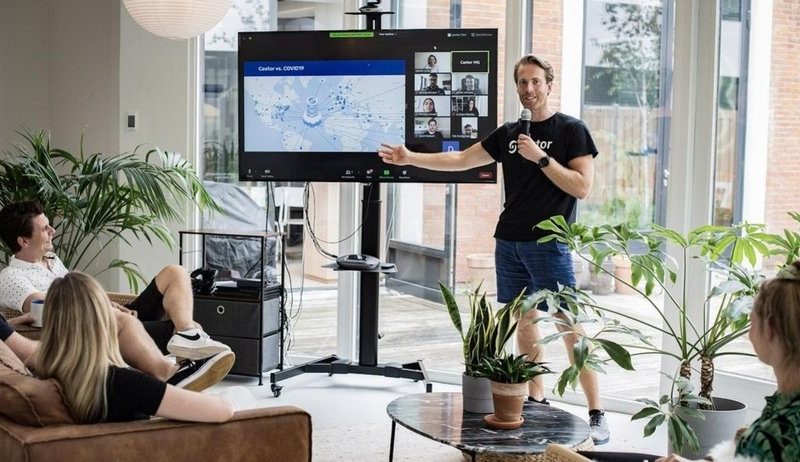 The pandemic has catapulted the likes of Science 37, Medable and other clinical trial software companies to the forefront, and, today, Castor is the latest to pull in a hefty funding round.

The COVID-19 pandemic has driven decentralized clinical trials and more optimal patient-centric software into the spotlight, but so-called siteless and patient-centered trials still aren’t the norm.

“I believe we now have an opportunity to really make this go mainstream because we make everything self-service and scalable,” said Derk Arts, M.D., CEO and founder of Castor, in an interview with Fierce Biotech.

To go mainstream, Castor went back to investors less than a year after raising a $12 million series A. Wednesday’s round will fund product development, expansion into the Asia-Pacific region, hiring and doubling down on Castor’s U.S. footprint. The company was founded in the Netherlands, where Arts currently resides.

“We’re definitely going to go all in on the U.S.,” Arts said. The CEO will relocate to the U.S. soon to join the company’s growing presence there, where Castor currently has about 30 employees, including vice presidents for marketing, sales and customer success.

The product-led growth company is focused on a mobile and data strategy that makes the integration between electronic health records and electronic data capture for trials “really come to life,” Arts said.

“I think everyone in the industry wants clinical trials to be more patient-centric, more mobile and leverage more existing data,” Arts said.

RELATED: Medidata goes all in on decentralized, virtual capabilities for clinical trials with end-to-end platform

Castor picked up steam last year, and with that momentum was able to raise the series B earlier than originally planned, Arts said. The company’s software has supported more than 7,500 studies in 90-plus countries to-date and picked up critical contracts with 20 digital therapeutics companies and one of the top 5 pharmaceuticals last year.

The World Health Organization (WHO) took note of Castor, too. The global body, which declared COVID-19 a pandemic on March 11, 2020, is using Castor for its Solidarity trial, which has enrolled upward of 13,000 patients in 500 sites across 30 countries for COVID-19 treatments.

“For me, it was the proudest moment in my career,” Arts said of the WHO partnership.