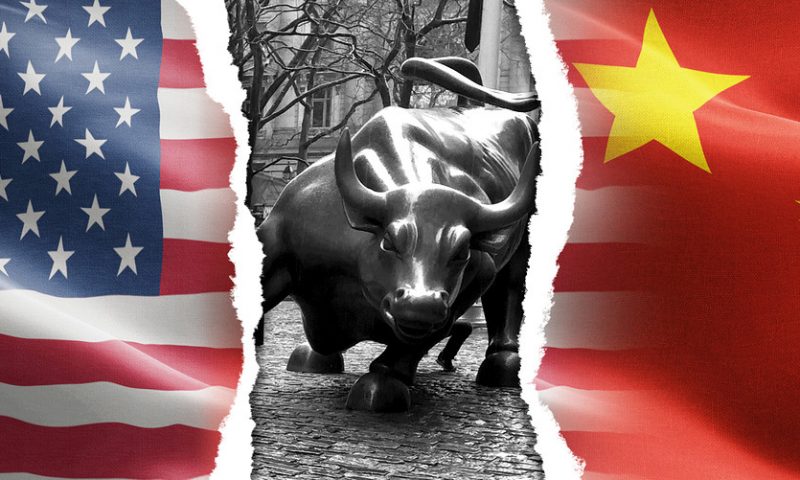 So close, but so far away.

The longest economic expansion in U.S. history is within striking distance but a period of escalating tariff animus between the U.S. and some of its closest global trade partners is producing headwinds to etching a record span of growth, exceeding 120 months.

According to the official arbiter of U.S. economic health, the National Bureau of Economic Research, at the end of this month, the current expansion that began in June of 2009 will match the longest on record, March 1991 to March 2001.

However, recent action in May has laid bare the fragility of the current state of play in global markets if not economies.

The threat represents just another front in a tariff tango that had been recently centered primarily on U.S.-China aggressions over trade duties that became resurgent on May 5.

Trump’s surprise tariff proposal on Mexico, one of the U.S.’s closest trade partners, goes well beyond a tax on avocados and other produce and spills over into larger areas, including commodities, automobiles and auto parts.

The US will impose tariffs on Mexico, says President Trump

“Imports from Mexico in 2018 totaled $346 billion, with the most significant category being autos and auto parts. This would be a tax on the supply chain for autos that would ultimately be borne by U.S. automakers and consumers, adding to inflation and sapping growth,” wrote Tony Roth, chief investment officer at Wilmington Trust.

Although it seems unlikely that the U.S. president will follow through with tariffs on Mexico (or that Congress will allow it), the latest move on trade raises fresh uncertainty about the president’s strategy, and the degree to which market’s and the economy can withstand the tension.

“The narrative all along has been that tariffs are a means to an end, but when they become the end itself, then it’s time to be concerned,” Chris Zaccarelli, chief investment officer at Independent Advisor Alliance, told MarketWatch.

Brad McMillan, CIO for Commonwealth Financial Network, told MarketWatch via email: “The Mexico tariffs would be one more unneeded headwind, but the principal effect would be on confidence. If hiring slows or consumer confidence declines, which could easily happen, then we could move into a pre-recession phase.”

Tariffs are a tax on U.S. consumers because they theoretically translate into higher costs on products if they are passed on by importers, but a tariff tussle on multiple fronts also makes it difficult for American multinational corporations to make investment plans amid the threat of a full-blown war and retaliation by international trade partners (as the following tweet by asset manager Nuveen reflects).

“If these economic tariffs are set to continue, this will undoubtedly impact the US economy, and thus by extension the US consumer.”

McIntyre also said that calls from the bond market couldn’t be any clearer about what fixed-income participants think about the economic outlook, in the face of current woes. The 10-year Treasury note yield TMUBMUSD10Y, +0.00% tumbled 8.9 basis points to a 20-month low of 2.139%, extending its weekly drop to 18.9 basis points and its monthly fall to 36.7 basis points.

“Whilst the US economy performed well in Q1, we mustn’t use this as a barometer for the remainder of the year. The global economy remains weak, and the US does not exist in the bubble. Indeed, the US Treasury market is telling us that the economy will slow.

Of course, not everyone thinks that tariffs will undo the already-historic bull run for stocks much less interrupt the chase for the lengthiest stretch of economic growth.

Commonwealth’s McMillan said it’s difficult to upend an economy that continues to chug along, especially with the labor market showing no signs of slowing: “With hiring and confidence solid, an immediate recession looks unlikely. We have never had a recession with hiring and consumer confidence at current levels.” He did however acknowledge that risks of a recession are rising.

Many strategists say buying stocks is still very much an option, even if the market continues to demonstrate signs of stress and bond yields skitter lower.

Keith Lerner, chief market strategist at SunTrust Advisor Services, says stocks are still attractive compared with bonds because equity dividends are richer. He said “44% of stocks in the S&P 500 now have dividend yields above that of interest rates. This compares to just 26% a year ago and is among the highest levels during the bull market.”(See chart below):