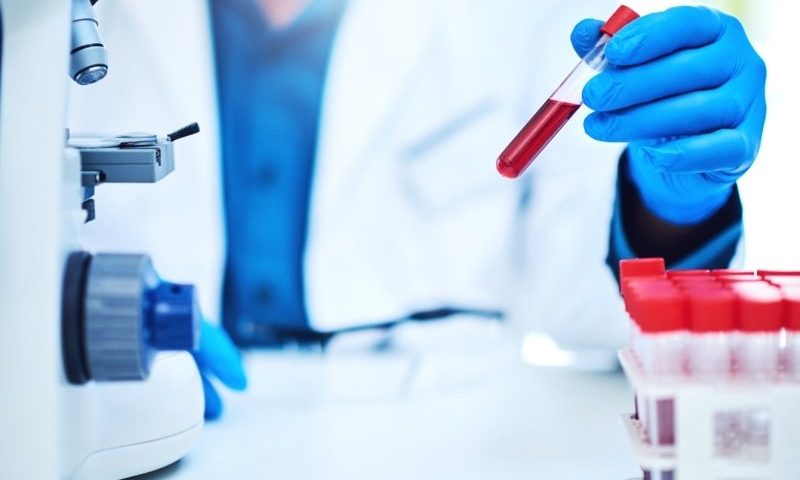 A study of C2N Diagnostics’ blood test showed it could help predict which people may be at an increased risk for Alzheimer’s disease based on the level of amyloid proteins found in the brain.

Typically, measuring those plaques has required PET scans, spinal taps or biopsies for cerebrospinal fluid to help spot these biological signs, which are thought to precede cognitive decline.

The study—which received funding from the National Institutes of Health and drugmaker Eisai and was presented at the Clinical Trials on Alzheimer’s Disease conference—showed C2N’s PrecivityAD blood test was 81% accurate in predicting the levels of amyloid buildup that would be seen in a PET scan.

“Blood-based screening is a giant leap forward in detecting changes in the brain among people who do not yet show memory loss symptoms,” Reisa Sperling, M.D., co-principal investigator for the study, said in a statement.

Aside from its potential use for screening the general public, C2N expects its blood test to help accelerate the recruitment of prospective Alzheimer’s patients into clinical trials for new therapies—a task that has traditionally been time-consuming and expensive, relying on more subjective examinations of cognitive symptoms.

“New blood test technology can help identify those more likely to have Alzheimer’s disease changes in their brains, which enables them to enroll in prevention or treatment trials as early as possible,” added Sperling, who serves as director of the Center for Alzheimer Research and Treatment at Brigham and Women’s Hospital at Harvard Medical School.

Going forward, a clinical study that aims to enroll more than 1,100 participants will employ the Fierce 15 winner’s blood test to help screen people as young as 55 years old for high amyloid levels.

Conducted in partnership with the Alzheimer’s Clinical Trial Consortium and Biogen, the placebo-controlled, phase 3 trial will examine the ability of Eisai’s lecanemab antibody treatment to help clear those plaques from the brain over four-plus years.

The Japanese Big Pharma has a longstanding development agreement for lecanemab with Biogen, whose controversial Aduhelm therapy for Alzheimer’s disease received an accelerated approval from the FDA this past June. The regulatory nod was based on data tracking the destruction of amyloid plaques instead of a proven ability to slow cognitive decline—relying on the hypothesis that those protein buildups eventually coalesce into neurodegenerative symptoms.

However, many other investigational therapies chasing amyloid’s connection to Alzheimer’s have failed to cross the regulatory finish line and demonstrate clinical benefit. Some proponents say success may be found in treating affected patients earlier, before the disease takes hold—and a more accessible screening tool such as C2N’s blood test may make it easier to see whether that theory holds up.

This September, C2N expanded into a new CLIA lab testing facility in its home of St. Louis to help boost its clinical screening services. The PrecivityAD diagnostic, available in 49 states minus New York, employs liquid chromatography and mass spectrometry techniques to identify amyloid plaques and other proteins captured in a blood sample. The prescription test is intended for use in individuals experiencing memory and thinking issues.