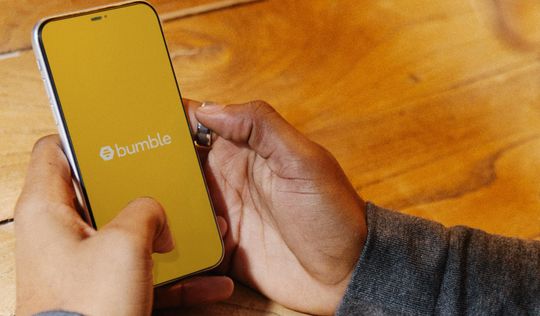 Shares of Bumble Inc. have declined 28% over the past month, but one analyst believes investors are misunderstanding the company’s story.

While Bumble’s stock BMBL, +9.71% has come under pressure following its most recent earnings report, which showed a slowdown in app payers, J.P. Morgan’s Cory Carpenter said that the online-dating company isn’t getting enough credit for its user-growth trends and retention momentum. He upgraded the stock to overweight from neutral Tuesday.

Shares of Bumble are up 12.2% in Tuesday morning trading.

Carpenter feels more upbeat about Bumble’s prospects following recent conversations with the company’s management team. For one, Bumble executives largely attributed the slowdown in app payers to a temporary payment change the company made within the Google Play app store, leaving Carpenter with the impression that the company’s issues there are “transitory.”

He was also encouraged by the company’s discussion of its user-growth trends. While third-party data indicate that Bumble’s monthly-active-user (MAU) count is up 21% on a year-over-year basis, Carpenter keyed in on a comment from Bumble’s management team noting that the company’s daily-active-user (DAU) growth is outpacing MAU growth.

Further, Carpenter is now less “skeptical” about Bumble’s efforts beyond the dating landscape. The company is shifting its BFF offering to focus on community building rather than just allowing users to swipe on profiles of potential new friends.

“We have historically been skeptical on BFF, but we are warming up to it and we like the vision of the revamped product around communities and shared interests,” he wrote.

Bumble previously hadn’t done much to revamp the BFF product since its launch in 2016, but recent changes meant to make it easier for users to switch between the dating and BFF options within Bumble’s app have increased BFF usage based on early tests, per Carpenter.

“We are comfortable that management will remain disciplined around its level of investment in BFF, and if nothing else BFF increases subscriber lifetime value and helps reduce the inherently high churn of dating apps,” Carpenter wrote. “We do see a path for more direct monetization over time through advertising, creators, or consumables, though we do not model any significant BFF contribution at this time.”

Gold futures mark their highest finish in more than a week