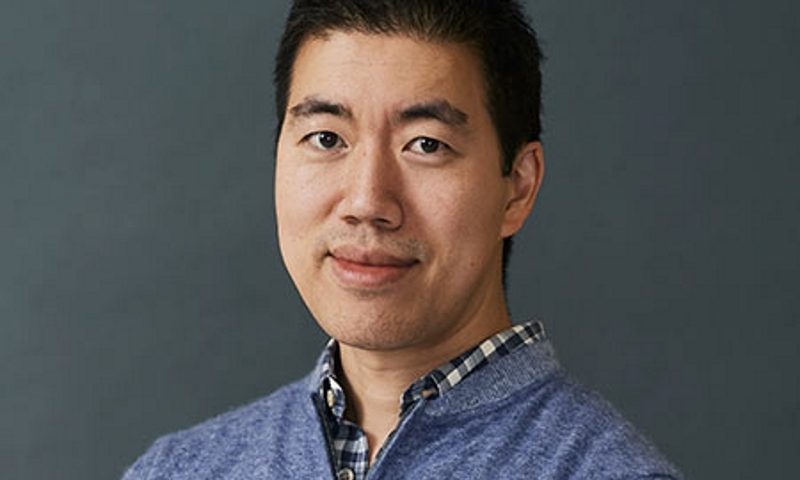 Recessive hearing loss can be treated with cochlear implants to bypass the problematic area in the ear, but the implants can’t correct the underlying biological cause of deafness. A team co-led by David Liu, Ph.D., at the Broad Institute believes a technique known as base editing might offer a solution to genetic hearing loss.

In a new study published in Science Translational Medicine, Liu’s team used a novel base-editing technique to repair an error in the Tmc1 gene that’s responsible for recessive deafness.

The treatment temporarily restored hearing in mice, giving the researchers hope that the approach, after further refinement, could also improve hearing in people with Tmc1 mutations.

Some genetic diseases are caused by dominant mutations, in which only one of two copies of a gene goes wrong. In these cases, disrupting or silencing the problematic dominant gene could work. Liu previously led a team that used a CRISPR-Cas9-based therapy to edit the dominant mutation in one copy of the Tmc1 gene.

But most cases of genetic hearing loss are recessive, meaning two bad copies of the gene are passed down from each parent. Therefore, the gene must be repaired or replaced.

Back in 2015, Jeffrey Holt, the other co-senior author of the current study, showed that using an adeno-associated viral vector (AAV) to deliver a functional copy of the Tmc1 gene could restore hearing in deaf mice. However, the researchers feared that the approach may lead to complications from overexpression of the gene.

In the new study, the researchers instead aimed to repair the mutation with genetic base editing. Unlike traditional CRISPR, which makes cuts in the genome, base editing installs point alterations in the DNA without making double-stranded DNA breaks. To correct the Tmc1 gene, the team divided a large base editor into two parts and delivered them in two AAVs.

Animals born with mutated Tmc1 suffer a deterioration of hair cells in the inner ears, leading to hearing loss. After showing that the dual AAV-based editing platform could efficiently correct the Tmc1 mutation in lab dishes, the researchers injected the treatment in mice with the Tmc1 mutation one day after birth. They found the therapy successfully edited the faulty Tmc1 gene. The animals had functioning hair cells in their ears that were able to transduce sound signals, the researchers reported.

“We saw very little evidence of off-target editing,” Liu said in a statement. “And we noticed that the edited animals had much-preserved hair cell morphology and signal transduction, meaning the hair cells, the critical cells that convert sound waves to neuronal signals appeared more normal and behaved more normally.”

The scientists then tested whether rescuing the hair cells led to improved hearing. Four weeks after receiving the treatment, the mice registered sounds as quiet as 60 decibels. Untreated mice, by contrast, were unable to detect noise levels as high as 110 decibels, according to the team.

Beam Therapeutics, a 2018 FierceBiotech Fierce 15 winner co-founded by Liu, is focused on base editing and has just raised $180 million in an oversized IPO.

More work will be needed to improve the hearing therapy, the researchers noted in the study. For example, the 60-decibel threshold the treated mice responded to did not quite stack up to the softer, 30-decibel sounds that animals with normal hearing can detect. Plus, the authors noticed that treated mice still showed a decline in hearing function after six weeks. Nonetheless, the researchers argued that the results “support further development of base editing for correction of point mutations that cause inherited human diseases, including genetic hearing loss.”

Safety issues for Pfizer’s Dupixent rival may ‘give prescribers pause’