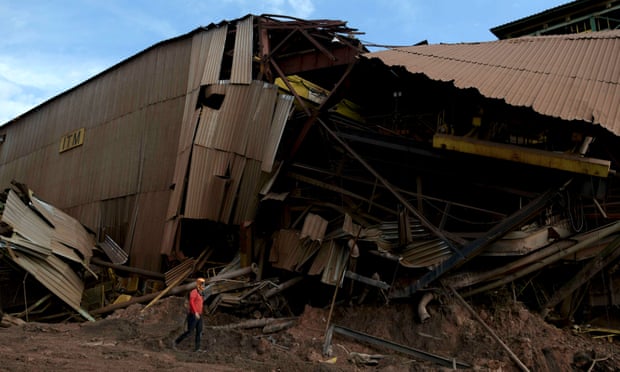 The Brazilian mining giant Vale said on Saturday that communities in the southeastern state of Minas Gerais had been ordered to evacuate after independent auditors found that one of its dams could collapse at any moment.

On Friday, the company raised the level of risk at a mining waste dam in the city of Barão de Cocais to three, the highest grade. According to Brazil’s mining and energy secretary, level three means that “a rupture is imminent or already happening”.

Residents within a 10km (6.2 miles) perimeter of the dam had already been told to leave by state authorities in February, after Vale raised the risk level to two, a company spokesperson told the Associated Press on Saturday.

The Vale spokesperson, who asked not to be identified in line with company policy, said 442 people had been relocated in temporary housing or with family members since February.

Lt Col Flavio Godinho, of the state’s civil defence department, told reporters that authorities were studying the Barão de Cocais structure to review the existing contingency plan. “Any activity at the dam could trigger a rupture,” he said on Globo TV.

The news comes nearly two months after another Vale-operated dam in the nearby city of Brumadinho collapsed, unleashing a wave of toxic mud that contaminated rivers and is believed to have killed about 300 people.

The contamination of rivers with mining waste, or tailings, which contain high levels of iron ore and other metals, is of great concern and can last for years or even decades, experts say. Small residues of iron oxide eventually fall to the bottom of the riverbed and are brought up to the surface each time it rains heavily.

The Brazilian environmental group SOS Mata Atlântica said on Friday it had proof of water contamination in the large São Francisco river as a result of the Brumadinho dam collapse. Hundreds of municipalities and larger cities such as Petrolina, 870 miles from Brumadinho, obtain their drinking water from the São Francisco.

Brazil’s National Water Agency, which is carrying its own water tests, denied further contamination of the São Francisco river, according to Globo’s news portal, G1.

SOS Mata Atlântica was among the environmental groups that studied the impact of another dam rupture in Minas Gerais in 2015. The accident killed 19 people and thousands of fish and left 250,000 people without drinking water. Three years later, experts say the water in the nearby Doce river is still unfit for consumption.

The type of structure used to hold back mining waste in Brumadinho was the same as the one currently in use in Barão de Cocais, which lies about 93 miles away.

State authorities banned the construction last month, but companies were given 90 days to present plans to substitute the dams within three years. Vale said in a statement that it was already in the process of replacing 10 such dams.

Thailand election: everything you need to know about Sunday’s vote