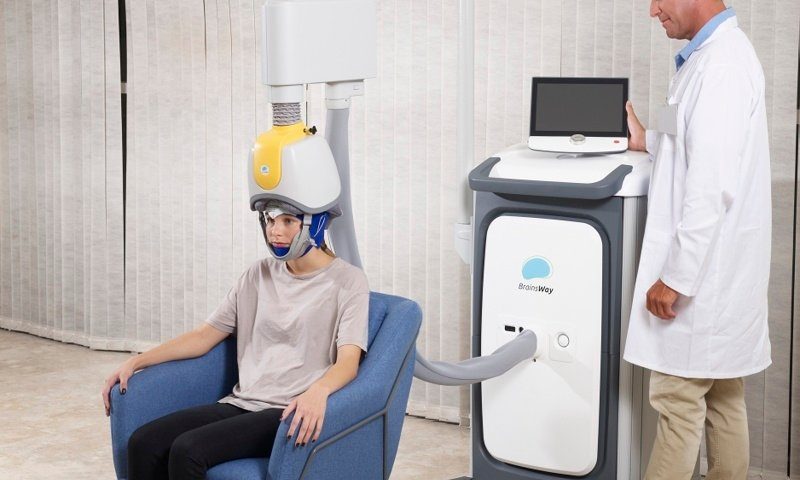 They say good things come in threes, and that certainly seems to be the case for BrainsWay. The Israeli company has locked down its third FDA clearance in a year, further extending the list of medical conditions that can be treated with its deep transcranial magnetic stimulation technology.

The newest indication allows Deep TMS to be used to reduce symptoms of anxiety in patients with major depressive order, a common comorbidity often referred to as anxious depression. According to the company, it’s estimated that up to 90% of the more than 17 million U.S. adults with depression experience moderate anxiety, while at least 20% have more severe anxiety.

BrainsWay’s system comprises a headset equipped with coils that are arranged in different formations depending on the brain regions being targeted. When activated, the coils generate electromagnetic fields and direct them to those regions deep inside the brain, regulating the activity of the neurons linked to depression, anxiety and other mental health conditions.

The FDA OK was based on data from nearly a dozen studies. As a whole, the study results suggest that using Deep TMS can reduce anxiety related to depression with clinically significant and lasting effects.

Though the BrainsWay technology has been cleared to treat major depressive disorder since 2013, this represents the first regulatory green light for its use in addressing a comorbidity of the condition. In each of these cases, Deep TMS is meant to be used in patients whose condition hasn’t been improved by antidepressant medications during an ongoing depressive episode.

The new FDA nod comes just under a year after Deep TMS was cleared by the agency to help with short-term smoking cessation, making it the first transcranial magnetic stimulation device given the official go-ahead to help treat addiction, according to BrainsWay.

Clinical trial data showed that using Deep TMS regularly over the course of six weeks helped longtime smokers both stop and avoid restarting smoking for at least several weeks after. After four weeks of treatment, for example, more than 28% of those using Deep TMS continued to abstain from smoking for the following four weeks, compared to less than 12% of the control group.

Additionally, in April of this year, BrainsWay received yet another go-ahead from the FDA, this time for a three-minute treatment with the Deep TMS system that vastly cuts down on standard 18-minute session times but was proven to be equally effective at treating major depressive disorder.

These new indications join the Deep TMS technology’s longstanding clearances for use in both treatment-resistant depression and obsessive-compulsive disorder, the latter of which arrived in 2018 and made the system the first noninvasive device cleared to treat OCD.