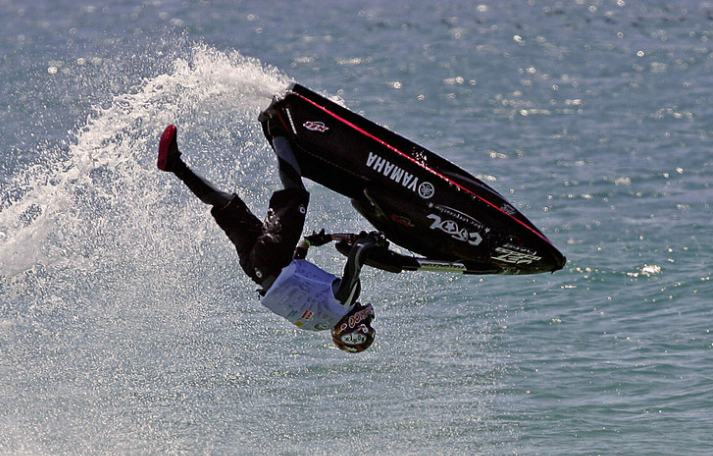 Analyst Joseph Altobello at Raymond James was the most aggressive in cutting the group’s outlook, as he downgraded MarineMax, Mastercraft and Malibu Boats by two rating, to market perform from strong buy.

“The reason for more cautious view on the space is fairly straightforward–namely the persistent softness in demand for new power boats within the U.S. market,” Altobello wrote in a note to clients. “This was punctuated by the double-digit decline in registrations in June which was reported on Friday, with registrations down [about] 14% for the month and [about] 6% year to date.”

While many in the industry have blamed the weather, including the unseasonably wet spring across most of the U.S., Altobello is worried that weather is just “a” factor and not “the” factor driving the weak demand.

For example, MarineMax Chief Executive Brett McGill said in April that he saw “inconsistencies” on whether he could way it was about weather or not.

“So there’s just…there was something there, the trends we saw just like the industry data reported that we could just say yes, that was because of the weather,” McGill said on a conference call with analysts after first-quarter results, according to a transcript provided by FactSet. “So there’s something else out there. I’m not sure what that is.”

JPMorgan’s Steven Zaccone cut his rating on Brunswick to neutral from overweight, and chopped his stock price target by 25% to $46 from $61, citing worsening industry growth. Zaccone said conversations he had with industry participants indicated suggested there the “most pronounced weakness” was in aluminum fish boats and outboard engines, where Brunswick is “heavily exposed.”

Zaccone also acknowledged that while weather is certainly a factor, he is concerned that the consumer could be pulling back on marine sports after eight years of growth, and an “increasingly volatile macro backdrop” that could continue into next year.

Among the industry data referred to by some analysts is from Statistical Surveys, in which June new boat registrations declined about 14% from a year ago, and down about 6% so far this year.

Raymond James’ Altobello is concerned that the data warns of a “vicious cycle” for the industry that puts pressure on pricing, margins and earnings.

“Further, we believe the decline in new boat sales witnessed this year could be the beginning of a vicious cycle, sa the slowing demand results in a rise in dealer inventories just as manufacturers are going through their annual model year changeover in July,” Altobello wrote. “This could lead to an increase in promotional activity throughout the industry, thus putting downward pressure on both [average selling prices] and margins for manufacturers and dealers alike.”

Stocks close higher on back of tech rally; Apple shares boost the Dow