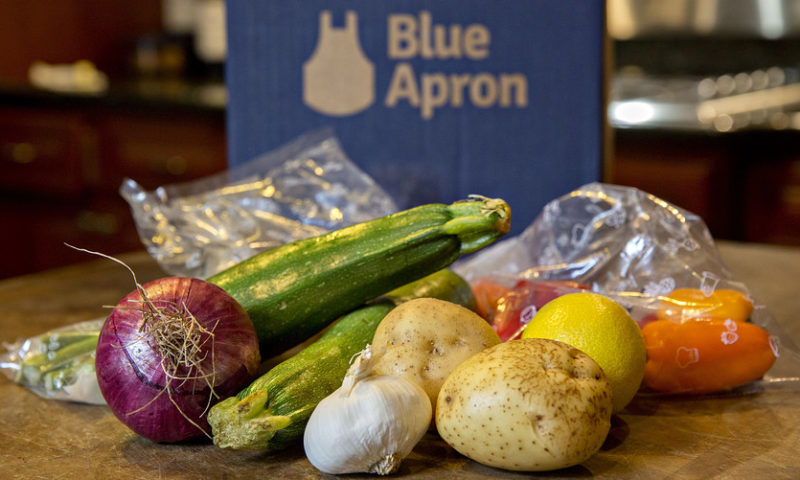 Blue Apron is restructuring the business, including job cuts affecting 4% of its workforce

This was one of a number of announcements Blue Apron APRN, -2.56% made during its earnings report last week, including plans to restructure the business that will lead to job cuts impacting about 100 jobs, or 4% of its workforce.

“As the holiday period approaches, our presence in Costco COST, -0.99% locations has paused due to the seasonal cadence of their business,” said Bradley Dickerson, chief executive of Blue Apron, on the third-quarter earnings call, according to a transcript provided by FactSet. “As we enter 2019, we are targeting to resume in Costco as well as expand into new retailers leveraging lessons learned from our pilot and evolving our product offerings to complement this environment.”

Weight Watchers will change its name to WW in January 2019.

Blue Apron’s corporate revamp is intended to sharpen the company’s focus on its direct-to-consumer business. The company said its top 30% of customers account for more than 80% of its net revenue in the year after acquisition. At the same time, the company seeks to expand the reach of its brand through partnerships and other strategies.

Blue Apron was downgraded to hold from buy at Canaccord Genuity last week after it announced third-quarter customer losses and revenue declines. The price target was halved to $3 from $6.

“Blue Apron is targeting acquisition efforts on more profitable (and fewer) customers,” the note said. “Blue Apron is also more aggressively pursuing a retail business with newer products and a wide range of distribution partnerships. Despite the several positives, given the guidance for continued revenue declines next year, we feel a hold rating is more appropriate for now.”

The company’s price target was also cut at a number of other analyst groups, including SunTrust Robinson Humphrey. Analysts there now have a $1.70 price target, down from $2.

“While fulfillment/logistics issues seem to have been relieved, an intensely competitive environment has altered the model’s unit economics, causing Blue Apron to focus on higher quality customers and revenues and scale its growth ambitions back,” SunTrust said in a note.

MedMen cuts fundraising round nearly in half, as CFO quits