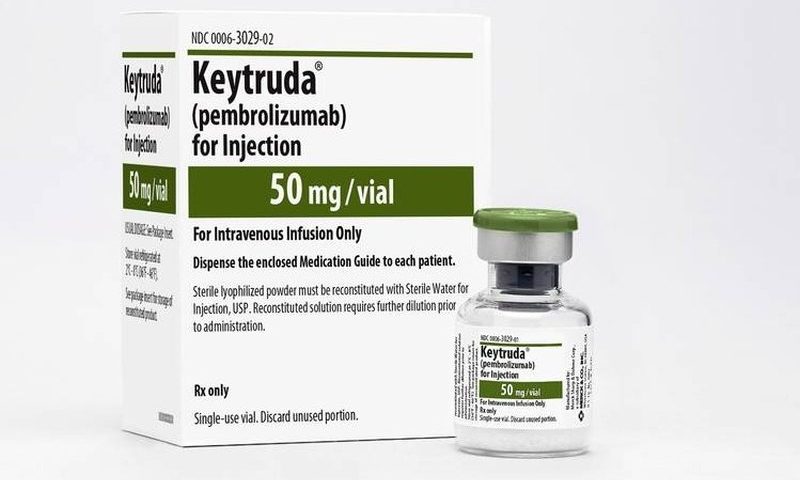 In the 41-year HIV epidemic, no treatments have been approved to completely clear the virus largely because of its ability to live on in hidden form in the genomes of T cells. Now, researchers say an approved cancer drug might help flush the dormant HIV from immune cells, potentially paving the way for new treatment options.

Researchers looked at the impact of Merck’s anti-PD-1 antibody Keytruda on patients with both HIV and cancer. A team at the Fred Hutchinson Cancer Research Center and other collaborators found that the immunotherapy helped dormant HIV exit the immune cells and may also shrink the shrouded pool of HIV that has befuddled drug development to-date.

Existing treatments for the nebulous disease, in the form of antiretroviral therapy, are able to extend life for people living with HIV by halting the virus from copying itself and wrecking the immune system. But the virus lives on, and if antiretroviral treatment is stopped, full-blown infections can return.

After the first infusion of the anti-PD-1 antibody, researchers saw spikes in the amount of unspliced HIV RNA in both T cells and plasma. That suggests disruption of the virus’ latency, the team published in the journal Science Translational Medicine on Wednesday.

The amount of T cells with HIV capable of replicating also rose after six cycles of the treatment in some of the 32 patients who were part of a subset in a phase 1 trial sponsored by the National Cancer Institute. With the T cells replicating the virus, the anti-PD-1 therapy can help antiretrovirals attack the usually hidden pieces of HIV.

This is not the first effort to approach HIV treatment by reversing latency. Histone deacetylase inhibitors and toll-like receptor agonists have been evaluated, but those methods have so far been unsuccessful, the study authors wrote.

The researchers noted some limitations of the Keytruda study, including the type of patients they recruited. Specifically, the patients had cancer, which meant the immune system in the group “was not normal and the results may not be generalizable,” the researchers reported. The patients were also adherent to their antiretroviral therapy.

More studies will be crucial to evaluating dosage and frequency of treatment, the researchers cautioned. Since people who are on antiretroviral therapy have a similar life expectancy as those without HIV, there is a “very low tolerance” for higher-level adverse events. Anti-PD-1 treatments, part of a class of immune checkpoint blockers, are associated with immune-related adverse events. The researchers want further testing to see if toxicity can be reduced through lower dosing while maintaining the drug’s activity.

These latest findings add to a body of research focused on combating HIV reservoirs. Researchers at the University of North Carolina at Chapel Hill in 2018 gave two infusions of HIV-specific T cells over two weeks to six patients who were on antiretroviral drugs. The treatment was well tolerated, the UNC team said at the time.

The findings come amid a seesaw in drug development for HIV. The FDA hit Merck’s HIV program with six full and seven partial clinical holds last month. Meanwhile, Excision Biotherapeutics is slated to begin testing its CRISPR-based therapy called EBT-101 soon, which has shown promise in clearing HIV from mice.

To be or not to be: A tumor growth dilemma offers clue to pancreatic cancer drug development