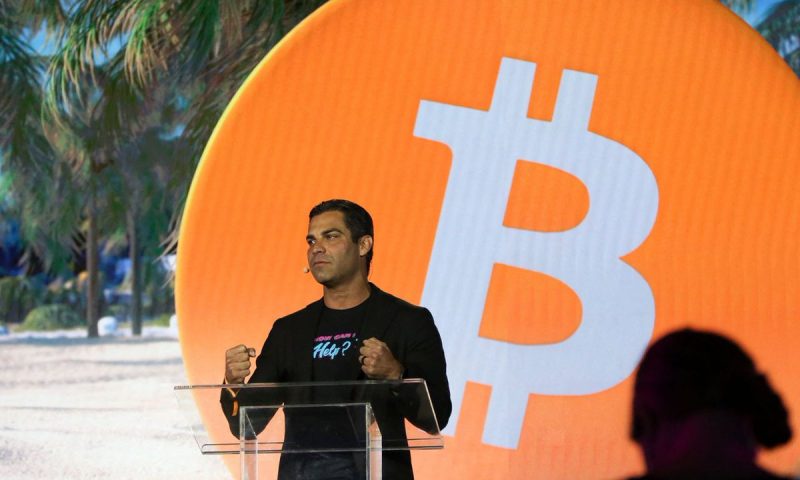 Critical information for the trading day

The problem with coming up with a value of bitcoin is how can you arrive at one? As its critics point out, there is no intrinsic value. There are no future cash flows to discount, like a stock, because there are no cash flows at all.

But a third way would be through technical analysis, which involves trying to discern patterns in the charts of price and volume. Like bitcoin itself, technical analysis can be waved away as some hocus pocus that only has value because people think it has value. But if you believe in the world of Fibonacci retracement and Bollinger Bands, read on.

Louis Navellier, the chairman and founder of fund manager Navellier & Associates, says he has identified two head-and-shoulders formations that he thinks suggest bitcoin will fall below $10,000.

Navellier says when he asks individual investors about why they invested in bitcoin, it was more often than not because the price was going up. “If they bought it just because it was going up, they are also likely to sell it because it is going down. I think a break below $30,000 will lead to major downside, as the vast majority of trading in 2021 was done above that level, leading to what traders call ‘overhead supply,’” he says.

The leverage in bitcoin — sometimes as much as 100:1 — also would exacerbate any decline, he says. “When it crashes this time around, it will be more brutal due to the large number of individual investors involved,” says Navellier.

Morgan Stanley MS, +0.20% is reportedly barring unvaccinated workers from entering its New York City offices, reports said. While U.S. COVID-19 cases are trending lower, they are growing rapidly in a handful of states — including Missouri and Oklahoma — with low vaccination rates.

The economics calendar includes the release of preliminary U.S. purchasing managers indexes, as well as new-home sales. The flash eurozone PMI composite rose to its highest level in 15 years. Strategists at Credit Suisse say the gap between bond yields and what is implied by global manufacturing new-order PMI readings is too wide. They expect the 10-year U.S. bond yield to head toward 2% on a six-month view.

Japanese stocks have had a rocky few days, sliding over 3% on Monday and then rising over 3% on Tuesday. Analysts at Bespoke Investment chronicled just how many consecutive 3%-plus decline-followed-by-gain over the years, and the subsequent performance, for the Nikkei 225 NIK, -0.06%. The numbers suggest it is a positive sign for the ensuing 12 months.