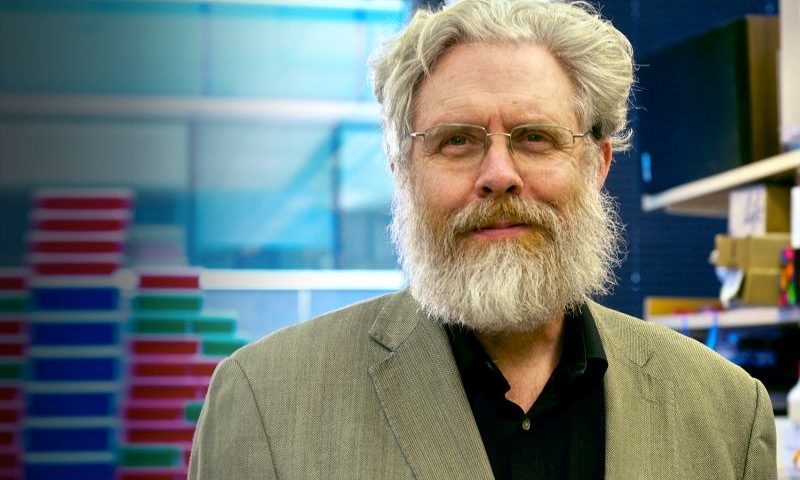 Adeno-associated viruses have become popular vectors for the delivery of gene therapies. But, despite their relatively safe profile, they can trigger some unwanted immune responses, which may reduce treatment efficacy or, worse, cause serious side effects.

Now, a Harvard University team led by renowned geneticist and serial biotech entrepreneur George Church, Ph.D., has developed a way to “cloak” AAVs from immune surveillance by inhibiting the activation of a DNA-sensing protein called Toll-like receptor 9 (TLR9). The engineered vectors elicited significantly reduced inflammation and T-cell responses while at the same time improving gene expression in mouse and pig models, according to results published in Science Translational Medicine.

Church and the study’s first author, Ying Kai Chan, Ph.D., are co-founders of Harvard spinoff Ally Therapeutics. The company’s mission is to develop less immunogenic gene therapies that may be able to reach wide populations of patients, with the new TLR9-edited AAV as its first platform.

TLR9 can sense DNA from viruses and bacteria, including AAV genomes. Once activated, it can induce innate immune responses from interferons and trigger inflammation that primes adaptive immune responses by T cells, making a hostile environment for AAVs.

“We hypothesized that small snippets of DNA that bind and inhibit TLR9 activation, including DNA sequences from the ends of human chromosomes called telomeres, would be a way to cloak the AAV genome from this immune-surveillance mechanism when incorporated directly into it,” Chan explained in a statement. Chan is now a visiting scholar at Harvard’s Wyss Institute for Biologically Inspired Engineering.

The team then injected the AAVs into mice. Animals that received the engineered AAVs showed little CD8+ T-cell response. Animals in the control group showed high levels of T-cell infiltration into their muscles, but no T-cell infiltration was observed in any of the eight muscle samples from mice that got the experimental virus.

AAV-delivered gene therapy delivered to the retina has been applied to some eye diseases, but it’s been linked to intraocular inflammation and even a few cases of persistent loss of vision in clinical trials. Injection into the vitreous cavity could be a better option, because it’s less invasive and could potentially target more cells, but this route is even more prone to unwanted immune responses.

The researchers tested their TLR9-inhibiting strategy in mouse models and found that intravitreal injection of the edited AAVs resulted in reduced inflammation and numbers of infiltrating T cells compared with unmodified AAVs. What’s more, the new approach resulted in more extensive, sustained expression of the AAV-encoded gene in retinal cells, the team found.

In pigs, subretinal injections of the engineered vector prevented damage that was observed in animals that got the control virus, including a marked loss and shortening of cone photoreceptor cells, which are responsible for color vision. The engineered vector did not elicit unwanted immune responses in the pigs’ retinas.

The Harvard team suggested that the encouraging results in animal models showed the TLR9-inhibiting approach could result in safer and more efficacious AAV vectors that can “cloak” the AAV genome from immune responses.

“This ‘coupled immunomodulation’ strategy may offer a versatile, broadly applicable solution for different AAV therapies without affecting capsid or vector genome elements … and may be a crucial part of the solution for highly immunogenic AAV therapies,” the researchers wrote in the study.

There’s room for improvement. For example, in monkeys, the edited vectors delayed, but didn’t prevent, intraocular inflammation after intravitreal administration, even in animals that were given steroids.

“The results from the intravitreal toxicity induced by AAV, and the modest response to the TLR9 blocking sequence and to steroids, indicate that there is more than one mechanism leading to toxicity from this injection site. We can now go forward with this understanding and search for additional pathways,” Constance Cepko, Ph.D., an author of the study, said in the statement.