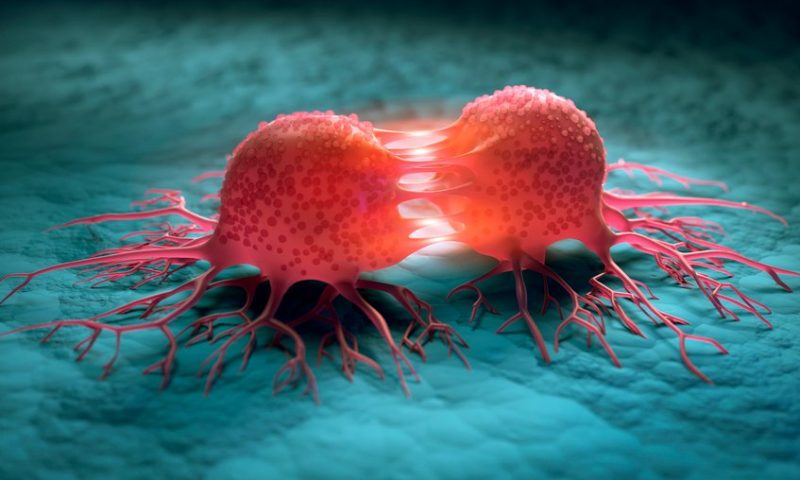 But Song, who also serves on AffyImmune’s board, said she was confident the Natick, Massachusetts-based company’s could overcome those hurdles.

AffyImmune is one of several startups raising interest—and dollars—to back innovative strategies for cell therapies to treat solid tumors. Verismo Therapeutics, a spinout from CAR-T pioneer University of Pennsylvania, and PACT Pharma are also making headway with their solid-tumor technologies, as are several research teams in academia.

But their task is far from easy. FDA-approved CAR-Ts like Novartis’ Kymriah and Gilead’s Yescarta—both of which treat blood cancers—were considered the low-hanging fruit of cell therapies, because they could be programmed to recognize a single target, or antigen, on cancer cells and kill them. Finding one or more targets that exist in solid tumors—but not normal tissues—is considerably more challenging.

Then, as AffyImmune’s Song pointed out, there are other hurdles like manufacturing complexities and the risk of “T-cell exhaustion,” a process by which engineered immune cells poop out, allowing the cancer to roar back.

And all of the innovation in CAR-T for solid tumors is happening against a backdrop of safety worries, many stemming from a clinical hold the FDA placed on Allogene in October. Allogene is developing off-the-shelf T-cell therapies for both blood and solid tumors but had to pause all of its clinical trials after a lymphoma patient in one of the studies was reported to have developed a chromosomal abnormality.

Allogene is still collecting data and engaged in discussions with the FDA about the side effect, said David Chang, M.D., Ph.D., co-founder and CEO, in an interview. But the safety scare hasn’t dampened the company’s enthusiasm for developing off-the-shelf cell therapies—or for translating the technology to solid tumors.

“A few years ago, everyone was questioning whether CAR-T therapy will work in solid tumors,” Chang said. “But there has been positive data from CAR-T as well as T-cell receptor approaches, so I think the next few years will be quite exciting.”

AffyImmune’s approach follows the model of the CAR-T products for blood cancers in that its cell therapies are tailored to individual patients. The company’s lead asset, AIC100, targets Intracellular adhesion molecule 1 (ICAM-1), which is highly expressed in thyroid, gastric and triple-negative breast cancers. The product is made from each patient’s T cells, which are removed, reengineered to target ICAM-1 and then infused back into the patient, in a process that takes about 20 days.

In addition to designing the CAR-T to bind to ICAM-1, AffyImmune’s scientists built the CAR (chimeric antigen receptor) with a natural ligand that not only fine-tunes the affinity to ICAM-1 but also up-regulates its expression so the T cells can better recognize the cancer, explained Matt Britz, senior vice president of business development, in an interview. The hope is that these features will help prevent T-cell exhaustion.

AffyImmune also included a tracking feature in AIC100 that allows its scientists to use PET scans to see exactly where the CAR-T cells are going in patients. The company is using the technology in an ongoing phase 1 study in thyroid cancer patients.

“We’ve seen CAR-T localization to tumors and not to normal healthy tissues,” Britz said, raising optimism that the cell therapy will not cause unexpected toxicities, he added. A readout from the thyroid cancer trial is expected in early 2023. AffyImmune hopes to expand the trial to include gastric cancer patients in a year or so, he added.

AffyImmune is also in preclinical studies with CAR-Ts that target ICAM-1 and another molecule found in abundance in solid tumors, mesothelin, as well as CAR-Ts that secrete cytokines to maintain a strong immune response to cancer. “We’re armoring CARs with things that will aid in their longevity and their ability to kill,” Britz said.

Penn spinout Verismo is taking a different approach that it has dubbed SynKIR-T. In place of traditional CARs, Verismo uses KIRs, or killer immunoglobulin-like receptors, which T cells and natural killer (NK) cells use in modulating the response to foreign invaders. Verismo’s lead asset, SynKIR-meso, targets mesothelin, which is highly expressed in mesothelioma, as well as ovarian and pancreatic cancers.

The SynKIR-T cells are specially designed to overcome elements of the tumor microenvironment that normally prevent immune cells from invading and killing solid cancers, explained Laura Johnson, Ph.D., chief scientific officer of Verismo, in an interview.

“Tumors sometimes form barriers around themselves so immune cells can’t get in,” Johnson said. “They shut off T cells or make themselves invisible by hiding their antigens. That requires a different approach to treating these types of cancers.”

Instead of using an artificial CAR, Verismo’s cells use a signaling component that occurs in natural killer cells, she said. When a binder in the engineered cell finds its target, it brings a stimulatory protein into contact with the cell that activates it and prompts it to kill tumor cells.

The company hopes to be dosing the first patients in a phase 1 trial about a year from now and is targeting mesothelioma and ovarian cancer to start, Johnson said. Like AffyImmune, Verismo will personalize the treatment to individual patients by engineering their own T cells.

PACT Pharma is taking the notion of personalized cell therapies even further with its “imPACT isolation technology.” The platform is designed to target cancer-related proteins that are so specific to each patient’s tumor that they’re highly unlikely to be found in another person’s cancer. The company’s technology identifies these “neoantigens,” which typically result from many different mutations. Then they’re built into T cells and infused back into patients.

“The notion here is that because cancers are so unique, and their mutation structure is so different, it’s best to understand the underlying mutations of each patient and target those,” said Scott Garland, CEO of PACT, in an interview.

The company uses an algorithm to pare down the hundreds of mutations found in a tumor to the three most likely to generate a strong response, Garland explained, creating a “polyclonal” T cell. The company is now in the dose-escalation portion of a phase 1 study in eight tumor types, including melanoma, colorectal cancer and prostate cancer.

The risk of safety issues is top of mind, Garland said. And not just because of Allogene. One rival with a prostate-targeted CAR-T, Tmunity, stopped development of its product in June after two patients in a clinical trial experienced neurotoxicities and died. (Tmunity did not respond to a request from Fierce for an update.)

One of the reasons PACT went for a personalized approach was to try to minimize the probability of side effects, Garland said. “The specificity should result in a better toxicity profile, but we’ll have to wait until the clinical trials are complete” to make definitive statements about safety, he added.

The genetic abnormality seen in Allogene’s clinical trial patient is unlikely to be related to the behavior of the artificial T cells, said Wendell Lim, Ph.D., a professor of cellular and molecular pharmacology at the University of California, San Francisco and a member of Allogene’s scientific advisory board, in an interview.

Lim is also working on a CAR-T approach to solid tumors called synNotch. The cells are engineered to be able to distinguish between tumor tissue and healthy tissue. In preclinical studies published earlier this year, synNotch cells cleared glioblastoma tumors that didn’t respond to either T cells or traditional CAR-Ts. Lim hopes the cells will be ready for clinical trials in about a year.

One thing that all the developers of CAR-T for solid tumors share is an integrated approach to clearing the hurdles raised by these challenging cancers, Lim said. “People have worked on the individual problems of increasing specificity, overcoming heterogeneity and attacking the suppressive microenvironment,” he said. “We need to integrate those into one intelligent cell.”

Turns out Galera’s radiotherapy complication drug did work after all, and investors are thrilled