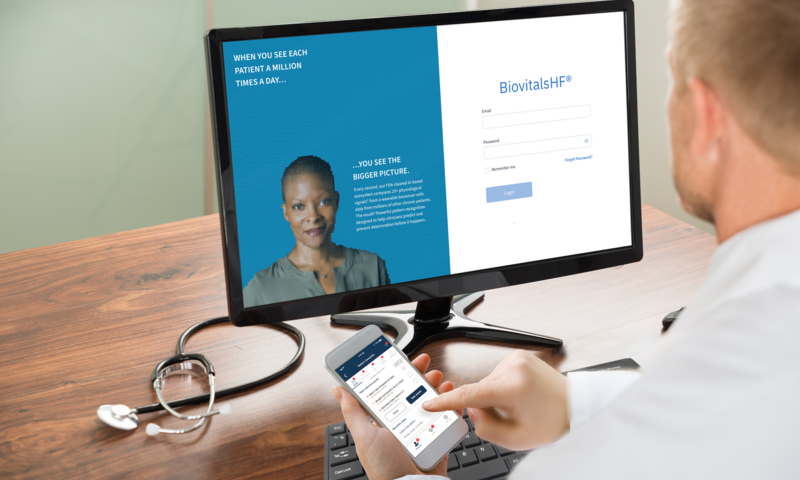 It’s official—you can find just about everything you need at Amazon: books, gifts, groceries and even medtech startup executives. That’s where Biofourmis picked up its newest chief medical officer, Maulik Majmudar, M.D., who held the same title at Amazon for nearly three years.

At Biofourmis, Majmudar will take on a broad slate of responsibilities spanning product management, data science and clinical affairs. In each of those areas, he’ll be leading the company’s efforts to expand its existing remote care coordination platform, beginning with the addition of in-home clinical services.

But Majmudar is no stranger to Biofourmis’ work. He has served as a mentor to founder and CEO Kuldeep Singh Rajput since 2014 and became a clinical adviser and board member at Biofourmis after its 2015 founding.

The new CMO’s efforts at Biofourmis will build on the ongoing expansion of its FDA-cleared Biovitals platform for remote care management. The platform uses artificial intelligence algorithms to analyze data from wearable devices, self-reported surveys and electronic health records to predict serious medical events before they happen and optimize treatment.

In December, the company began rolling out its Hospital@Home solution, an addition to the Biovitals platform that makes it easier for hospitals to launch and manage in-home care delivery programs. The solution was developed alongside Brigham and Women’s Hospital and was launched as the Centers for Medicare & Medicaid Services announced that it would begin full reimbursing at-home care for dozens of medical conditions, ranging from asthma to chronic obstructive pulmonary disease.

That rollout—and the continued expansion of the Biovitals platform that Majmudar will oversee—are backed by a $100 million series C funding round that Biofourmis closed in September.

“Healthcare has seen a rapid and seismic shift toward virtualization of care throughout the care continuum, including acute, post-acute and chronic care, all accelerated by the COVID-19 pandemic,” Majmudar said. “We are building clinical capabilities to evolve from remote patient monitoring to remote patient management, with a focus on improving patients’ lives, while reducing healthcare utilization and associated costs.”

He added, “Our vision is to become the most comprehensive and tightly integrated care-at-home platform across a range of patient acuity levels and medical conditions.”

The startup’s new CMO also has plenty of experience in developing devices and software for remote care. At Amazon, Majmudar was principal medical officer of the Halo initiative, which launched in August with a fitness wearable and health app.

The Halo wearable system differs from those offered by Apple and Fitbit in that it not only measures the wearer’s daily physical activity, but also uses artificial intelligence, sensors and microphones to track their emotional well-being from the sound of their voice.

Prior to joining Amazon in August 2018, Majmudar, a cardiologist, was associate director of the Healthcare Transformation Lab at Massachusetts General Hospital. Before that, he was a co-founder and chief clinical officer of Quanttus, a startup that launched in 2012 to develop a wearable device for continuous blood pressure monitoring until it went broke in 2016, before the prototype device could be brought to market.