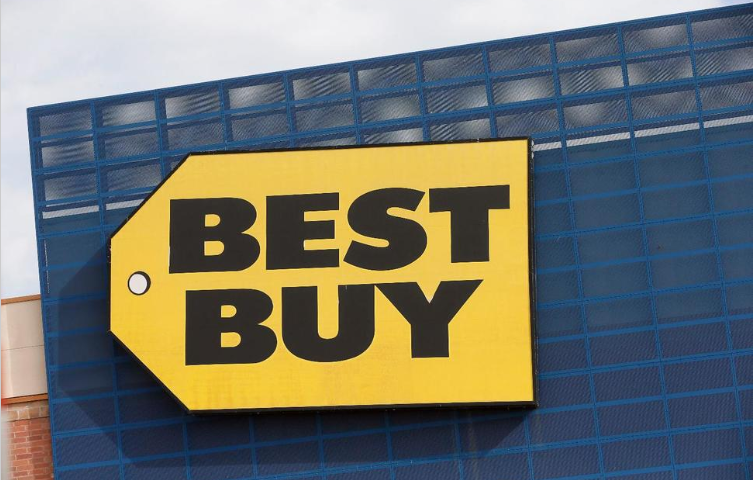 Shares of the retailer fell 8% in afternoon trading Thursday.

“It is difficult to factor in the uncertainty related to overall customer buying behavior,” said Best Buy’s newly appointed CEO Corie Barry during a call with analysts on Thursday. “It is hard to predict how at the macro level consumers will react to higher prices resulting from tariffs.”

Best Buy has succeeded in holding off increasing competition from Amazon and other players by expanding its online business, speeding up deliveries and adding more services to enhance its relationship with its customers. That reinvention was spearheaded by Hubert Joly, who was named CEO in 2012 but stepped down this year. Under Barry, who took over the job in June, Best Buy is continuing to focus and expand on those initiatives.

The company is also pushing more into the health field. In May, Best Buy acquired Critical Signal Technologies, a provider of personal emergency response systems and telehealth monitoring services for at-home seniors. Earlier this month, it acquired the predictive health care technology business of BioSensics, including the hiring of the company’s data science and engineering team based in Watertown, Massachusetts. Last year, it purchased Great Call, which provides emergency response devices for the aging.

Still, Best Buy, like many retailers, is facing a lot of challenges related to the China trade war. The Trump Administration announced Aug. 23 that it would delay some tariffs originally scheduled for Sept. 1 to Dec. 15 to avoid hurting American consumers over the holidays. But industry experts say that a large portion of holiday merchandise will still be hit by September and October tariff increases at even higher rates than they had anticipated.

Trump said this month that he would raise planned tariffs on $300 billion of Chinese goods from 10% to 15%. The Office of the U.S. Trade Representative also said existing tariffs on another $250 billion in Chinese imports would increase from 25% to 30% on Oct. 1 after receiving feedback from the public.

Barry said TVs, smart watches and headphones would be slapped with higher tariffs implemented Sept. 1. Computing, mobile phones and game consoles will be hit by higher tariffs starting Dec. 15, she said. She noted that over the past 18 months as the trade war has intensified, many of its suppliers have moved their manufacturing out of China into other areas like Vietnam and Mexico. Barry estimated that the tariffs, both implemented and proposed, affect 60% of Best Buy’s cost of goods sold, but she said that figure should go down to 40% next year as Best Buy’s sourcing increases away from China.

Best Buy is looking at promotions and trying to figure out if and how to raise prices this holiday season. What is uncertain is how the tariffs will flow to consumers during the holiday season and consumers’ willingness to pay more for items, especially when they’re buying gifts for others, Barry said.

“There is no precedent for this,” Barry said during a call with reporters.

The Richfield, Minnesota-based company said it earned net income of $238 million, or 89 cents per share, in the second quarter. Earnings, adjusted for restructuring costs and amortization costs, were $1.08 per share.

The results topped Wall Street expectations. The average estimate of 10 analysts surveyed by Zacks Investment Research was for earnings of 99 cents per share.

The consumer electronics retailer posted revenue of $9.54 billion in the period, falling short of the average Street forecast of $9.57 billion.

Same-store sales — or sales in stores open at least a year, a key metric of a retailer’s health — rose 1.6% for the quarter.

For the current quarter ending in November, Best Buy expects its per-share earnings to range from $1 to $1.05. The company said it expects revenue in the range of $9.65 billion to $9.75 billion for the fiscal third quarter. Analysts surveyed by Zacks had expected revenue of $9.82 billion.

Best Buy raised its full-year profit outlook and now expects fiscal 2020 earnings in the range of $5.60 to $5.75 per share. However it trimmed the high end of its revenue guidance and now sees it in a range of $43.1 billion to $43.6 billion.

US Pending Home Sales Slid 2.5% in July in Sign of Slowdown

Thanks to Consumers, US Economy Is Rising Steadily if Slowly