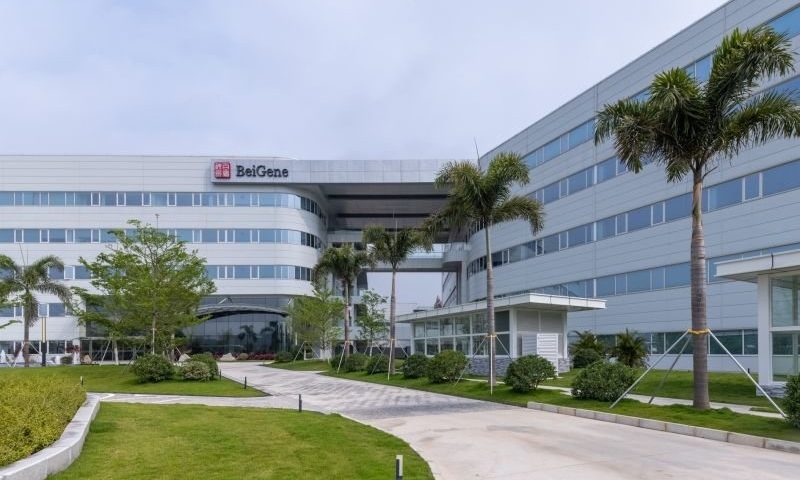 A phase 3 clinical trial of BeiGene’s anti-PD-1 antibody in patients with nasopharyngeal cancer (NPC) has met its primary endpoint. The success at the interim analysis tees BeiGene up to expand use of the Novartis-partnered drug into a disease that is relatively common in its native China.

BeiGene won approval for the drug, tislelizumab, in China late in 2019 and now has authorization in several indications. Novartis secured the rights to the drug in North America, Europe and Japan early this year for $650 million upfront, boosting BeiGene’s push to access ex-China markets and providing validation of its claim that the molecule is differentiated from incumbent checkpoint inhibitors.

The NPC clinical trial is part of the China-focused side of the tislelizumab development program. Investigators randomized 263 patients at sites in Asia to receive the antibody or placebo on top of a gemcitabine-cisplatin regimen as a first-line treatment for recurrent or metastatic NPC.

By the interim analysis, progression-free survival in the tislelizumab cohort had diverged significantly from that of the control group, causing the study to meet its primary endpoint. BeiGene will share data from the study at an upcoming medical conference.

The data could help BeiGene extend its quick-fire string of approvals in China. BeiGene has secured full or conditional approval in non-small cell lung cancer (NSCLC), classical Hodgkin lymphoma and urothelial carcinoma and has three more supplemental applications under review.

Checkpoint inhibitor majors including Merck and Bristol Myers Squibb have tested their products in NPC patients, but Chinese companies are leading the way in the indication. China’s National Medical Products Administration became the first regulatory agency to authorize a checkpoint inhibitor in NPC in February when it cleared Junshi Biosciences’ toripalimab for third-line use. Junshi has since filed for approval as a first-line treatment.

BeiGene will gear up to challenge Junshi for the NPC market in China, where almost half of all cases globally are estimated to occur, while advancing on other fronts inside and outside its home region. The roster of clinical trials features global studies in indications including NSCLC and hepatocellular carcinoma that are designed to deliver data for approval filings outside of China, starting this year.