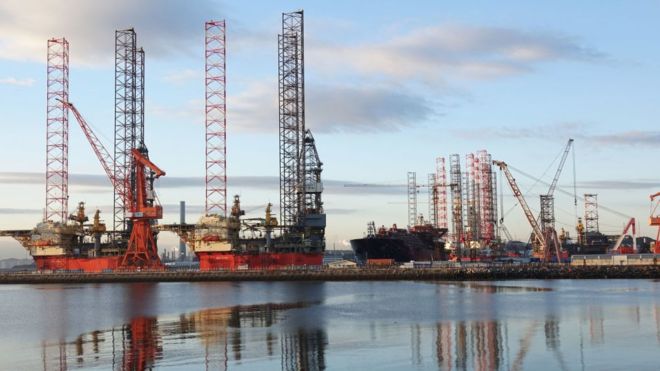 The Australian government says it is seeking an “urgent” clarification from Beijing over reports that a major Chinese port has halted imports of Australian coal.

Australia is a top supplier of coal to China, its biggest export market.

Beijing has not confirmed the reported halt in the port of Dalian, but called changes in such arrangements “normal”.

Canberra sought to play down speculation on Friday that the matter may be linked to bilateral tensions.

Australian officials said there was “confusion” over the situation, and they were consulting their Chinese counterparts.

Fears about the issue have prompted a fall in the Australian dollar.

On Thursday, Reuters reported that China’s Dalian port region would not allow Australian coal to pass through customs.

The news agency quoted officials as saying that only Australian coal had been affected, with no limits placed on Indonesian and Russian shipments.

It said other Chinese ports had delayed Australian coal shipments in recent months.

Australian trade officials said they had been notified of recent industry concerns about market access.

When asked about the reported halt, Chinese Foreign Ministry spokesman Geng Shuang offered general comments that authorities sought “to safeguard the rights and interests of Chinese importers and protect the environment”.

What else is being debated?

Some security analysts in Australia have suggested it could be a tit-for-tat move by China, after Australia blocked tech giant Huawei from providing 5G technology.

“The banning of those coal shipments is a form of coercion against Australia. It’s punishment against states that resist China’s pressure,” said Dr Malcolm Davis, from the Australian Strategic Policy Institute.

Other recent tensions have emerged over allegations – denied by Beijing – of Chinese interference in Australian politics and society.

However others, including the head of the Reserve Bank of Australia, have suggested that China’s concerns about its own coal industry may be behind any such halts.

Blocking “a couple of months of coal exports” would not hurt the Australian economy, said Philip Lowe.

“If it were to be the sign of a deterioration in the underlying political relationship between Australia and China then that would be more concerning,” he said.

Mr Frydenberg said: “We can see these occasional interruptions to the smooth flow but that doesn’t necessarily translate to some of the consequences that aspects of the media might seek to leap to.”

Okinawa referendum: everything you need to know