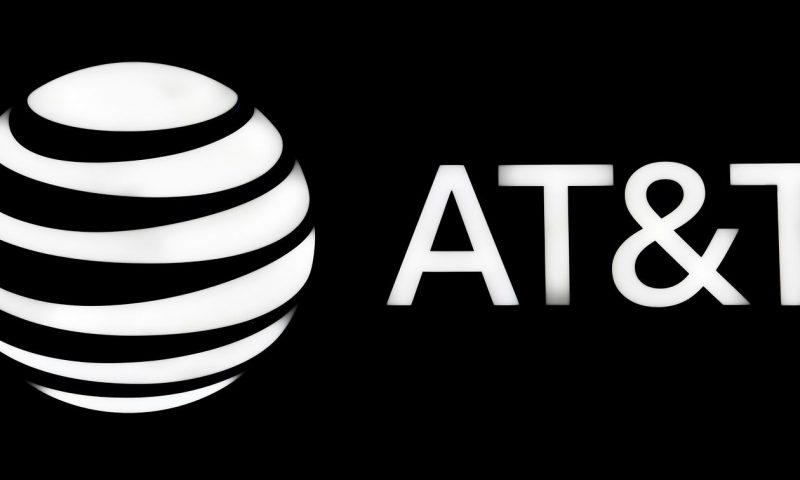 The stock T, -2.21% is off 2.2% in Thursday afternoon trading and was leading the SPDR Communication Services Select Sector exchange-traded fund XLC, -0.25% lower.

Analyst Simon Flannery moved his rating on the shares to equal weight from overweight, writing that AT&T could face challenges in building out its 5G network. An ongoing C-band wireless-spectrum auction allows AT&T, Verizon Communications Inc. VZ, +0.17%, and perhaps Dish Network Corp. DISH, -0.32% the opportunity to acquire spectrum that would allow them to build comparable 5G networks to what T-Mobile U.S. Inc. TMUS, +0.15% has after it acquired valuable spectrum through its merger with Sprint.

The problem for AT&T is that the company has a weaker balance sheet than Verizon, which could impact its ability to spend up at the auction. What’s more, Flannery said that early bidding in the auction suggests it will be “more expensive than expected.”

That means AT&T can either “compete aggressively and spend whatever it takes to build a strong position in all major markets in both A and BC blocks” or “be more selective” and look to get less spectrum, with a focus on BC blocks. The first option could be pricey, and the second positions the company to fall behind Verizon and T-Mobile in the 5G race.

“If AT&T does spend aggressively in the auction, we will be watching the ratings agencies to see how they respond,” Flannery wrote, noting that AT&T declined to raise its dividend in its latest update.

Among other sources of concern for Flannery is that the wireless industry could be getting more competitive given a mature industry in the U.S. and market share gains for cable companies. This could lead to more aggressive pricing.

In all, Flannery sees a “lack of positive near-term catalysts” for AT&T, and he lowered his price target on the stock to $34 from $36.