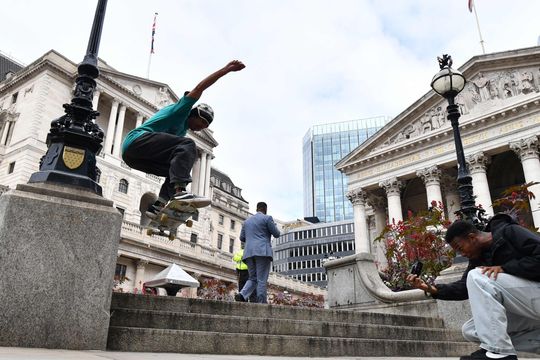 “Following the Covid shock, central banks cut interest rates and undertook asset purchases to support economic activity and prevent an unwarranted tightening of financial conditions for corporates and households. Since then, risky asset prices have increased and, in a number of markets, asset valuations appear elevated relative to historical norms. This partly reflects the improved economic outlook, but may also reflect a ‘search for yield’ and higher risk‐taking in a low interest rate environment,” the central bank said.

The Bank of England said asset valuations could correct sharply if market participants re-evlauate the prospect for growth, inflation of interest rates. The Bank of England added that risks in leveraged loan markets are continuing to build globally.

The central bank also commented on cryptoasset markets, saying they’ve increasingly integrated into the financial system, though the direct risks are currently limited. In debt markets, the Bank of England said corporate debt-to-GDP ratios have increased by about 10 percentage points since the end of 2019, and Evergrande Group 3333, -3.91% could pose risks to the wider property sector in China. The U.K. banking system is resilient to the direct effects of a severe downturn in China and Hong Kong, and sharp adjustments in global asset prices, the Bank of England said.

WAG Payment Solutions, better known as Eurowag, slumped to 133 pence after pricing its initial public offering at 150 pence, or a £1 billion valuation.

Camber Energy is still hot as the stock soars on heavy volume, a day after nearly doubling