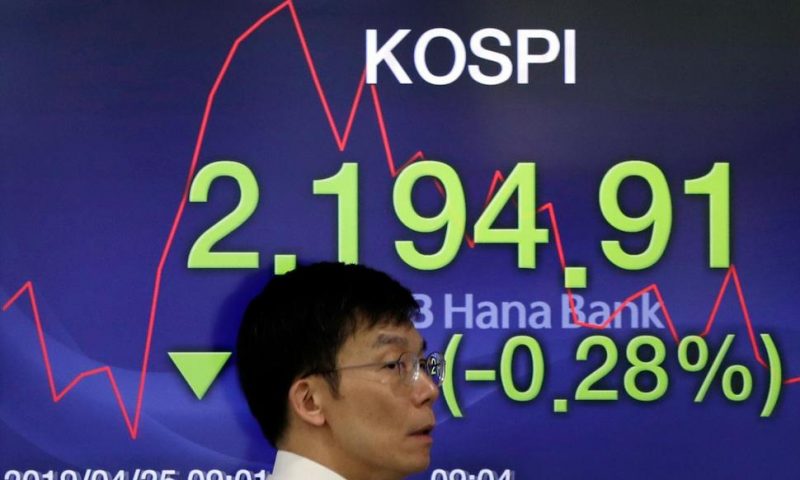 Asian shares are mixed after U.S. stocks closed lower, giving back some of its gains a day after the S&P 500 and Nasdaq hit record highs.

TOKYO — Asian shares were mixed Thursday after U.S. stocks closed lower, giving back some of its gains a day after the S&P 500 and Nasdaq hit record highs.

Investors are also watching for the U.S. economic growth data being released later in the week.

Stocks wavered between small gains and losses through much of the day as investors continued to wade through a steady flow of corporate earnings.