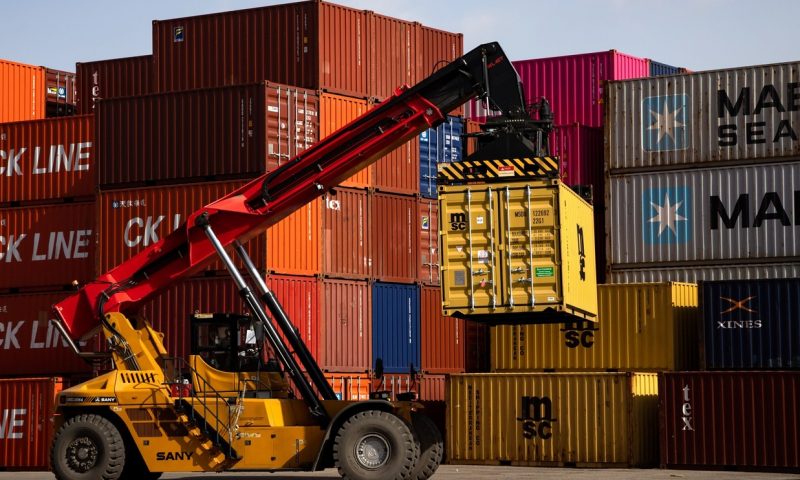 Shares fell in Asia on Thursday, with the region’s biggest market in Tokyo closed for a four-day weekend.

The latest flare-up in tensions between Washington and Beijing may have swayed investors in Asia, where Hong Kong’s Hang Seng HSI, -1.21% was about flat, while the benchmark Shanghai Composite index SHCOMP, -1.31% fell 1.5%.

The Kospi 180721, 0.00% in Seoul lost 1% after South Korea reported that its economy contracted 3.3% in April-June after shrinking 1.3% in the first quarter. In annual terms, the economy contracted at a 2.9% pace. Exports fell 16.6%, the central bank reported in a statement on its website.

The Shanghai Stock Exchange added companies from its new technology board to the Shanghai Composite Index on Wednesday in the index’s first major change in three decades.

To help better reflect business performance, companies that receive financial warnings will be removed from the index, the exchange said. The waiting period for adding newly traded stocks will be extended from as little as a few days to as much as one year.

Further roiling already fractious relations between the two biggest economies, the U.S. has ordered China to close its consulate in Houston, saying it was necessary to protect American intellectual property. China said it would retaliate.

Antagonisms are bound to heat up as presidential contender Joe Biden and President Donald Trump ramp up their campaigning, analysts said.

“In the main, the escalation in U.S.-China tensions is a reminder of the headline risk faced by investors during the upcoming U.S. election campaign,” Stephen Innes of AxiCorp said in a commentary.

Strength in technology and health care stocks outweighed losses in energy companies, banks and elsewhere in the market. Treasury yields fell slightly, a sign of caution in the market.

“Having come off a furious rally off the March 23 lows, the market is clearly in a period of consolidation and assessing second-quarter earnings results,” said Bill Northey, senior investment director at U.S. Bank Wealth Management.

So far, earnings have been coming in moderately better than expected, though companies have worked to lower expectations.

Homebuilders marched broadly higher after the National Association of Realtors said sales of previously occupied U.S. homes climbed last month by a robust 20.7%. The gain is an encouraging sign for the housing market after the pandemic caused sales to plummet in the prior three months.

Discord between Republicans and Democrats over more financial aid to Americans and U.S. businesses is adding to uncertainties over the economic outlook, as states grapple with rebounds in coronavirus cases that have some local governments ordering some businesses shuttered to help snuff out outbreaks.

“The market is anticipating that there will be something. What the final (package) looks like is a different question,” Northey said. “Ultimately, we expect some agreement that provides another round of stimulus support.”

Gold for August delivery rose another $1.60 to $1,866.50 an ounce, after jumping $21.20 to $1,865.10 an ounce overnight in another sign investors were shifting some holdings to traditionally less risky assets.

The price of benchmark U.S oil for September delivery CLU20, 0.34% rose 8 cents to $41.98 per barrel in electronic trading on the New York Mercantile Exchange. It fell 6 cents to settle at $41.90 a barrel Wednesday.

Gold futures end a stone’s throw away from a record