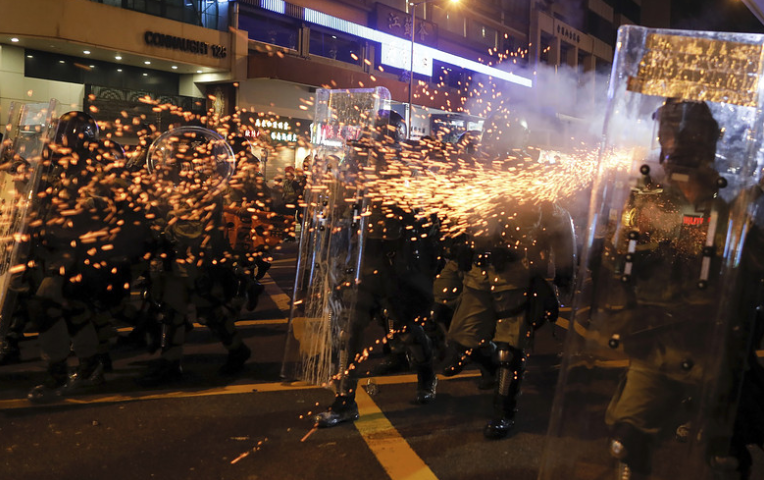 Asian markets were down in early trading Monday, ahead of an expected rate cut by the Fed later this week.

High-level trade talks between the U.S. and China are also scheduled to resume this week for the first time since early May, but expectations of a major breakthrough are low.

U.S. stocks were pushed to record heights and expectations have been growing about a U.S. interest rate cut. A government report on Friday also showed U.S. economic growth slowed in the spring, but it was still better than economists expected.

The European Central Bank earlier this week held its key interest rate steady, but it made clear that more stimulus is on the way. The Bank of Japan starts a two-day policy board meeting Monday, but expectations are for the central bank to keep rates unchanged.

In the United States, investors are all but certain the Fed will cut its benchmark short-term rate on Wednesday, likely by a quarter of a percentage point from its current range of 2.25% to 2.50%.

Weighing on regional investor sentiments is the dispute between the U.S and China, locked in a trade war over American allegations that Beijing is using predatory practices, including outright cybertheft, to challenge U.S. technological dominance.

“Trade talks and Fed policy actions will be the main events,” for this week, according to a market report by Nomura.

The earnings menu: Beyond Meat, Apple and a big bag of chips