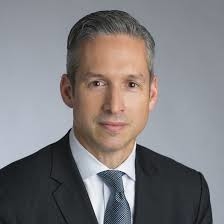 Urovant began life as an offshoot of Vivek Ramaswamy’s Roivant goliath, but is now firmly a part of the Sumitovant Biopharma family after the life science company bought up the rest of its shares in the biotech.

This comes around a month before Urovant’s PDUFA fate with the FDA for its lead asset vibegron, which it hopes to market as a rival to Astellas’ overactive bladder disorder (OAB) med Myrbetriq.

That FDA decision is set for by Dec. 26, but the company isn’t resting on its laurels, and recently told FierceBiotech it is still pushing hard in R&D, including for its a phase 2a study for URO-902, a gene therapy also for the treatment of OAB.

Urovant believes that vibegron, a beta-3 agonist, could become a best-in-class therapy to rival Myrbetriq. The company thinks it can win share from the incumbent by showing vibegron acts faster and is safer and more tolerable than Myrbetriq, which carries a warning about hypertension.

Sumitovant Biopharma, a subsidiary of Sumitomo Dainippon Pharma, is also clearly confident, taking up the option on the rest of its shares for the biotech at a price of $16.25 per share in cash, a premium of 96% to Urovant’s closing price on Nov. 12.

In September 2019, Roivant sold five of its “vants” to Sumitomo Dainippon for $3 billion upfront. The Japanese pharma put those five biotechs—Myovant, Altavant, Enzyvant, Spirovant and, of course, Urovant—under a new “vant” umbrella, Sumitovant, led by Potter.

By the first quarter of next year, it will be subsumed as a fully integrated unit of Sumitovant.

Urovant launched out of Roivant in 2017 with vibegron in hand, having licensed the global rights—excluding certain Asian markets—from Merck. The drug works by activating the beta-3 adrenergic receptor, the most common receptor of its kind on the smooth muscle around the bladder.

Stimulating this receptor makes those muscles relax, thereby increasing bladder capacity and reducing OAB symptoms, like the urgent and frequent need to urinate and urinary incontinence, or leakage.

Besides OAB, Urovant is chugging along at testing vibegron in other indications, including in patients with pain associated with irritable bowel syndrome (IBS) and in men with OAB and an enlarged prostate, a condition known as benign prostatic hyperplasia, or BPH.

“Our foremost purpose is to give Urovant access to capital for its long-term business objectives and ensure focus on its mission to develop and commercialize innovative therapies for its patients,” said Myrtle Potter, CEO of Sumitovant Biopharma.

“By bringing Urovant into the fold as a privately-held company under the Sumitovant family of companies, we can enable the Urovant team to fully concentrate on the important task of preparing for its potential commercial launch of vibegron, the first new branded prescription drug for the treatment of OAB in nearly a decade.”

“During this pivotal phase of growth, fully becoming a part of our parent company, Sumitovant, positions Urovant to invest in all opportunities around vibegron including launching and building our commercial organization while maintaining our strategic direction, our commitment to patients with urologic conditions, and our unique corporate culture for employees,” added James Robinson, CEO of Urovant.

Robinson is no stranger to OAB and beta-3 agonists—before taking the helm at Urovant in March this year, he had, among other things, led operations for Astellas, overseeing the commercial launch of two OAB treatments, including Myrbetriq.