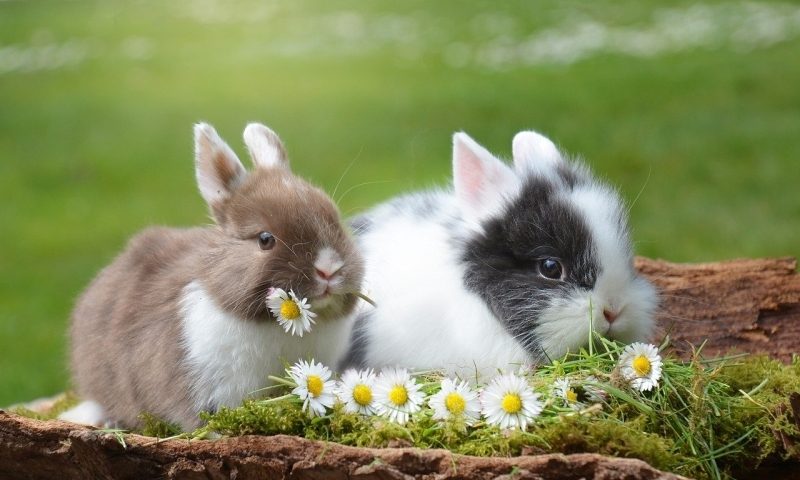 Oncolytic viruses hold promise as cancer treatments due to their cancer-killing prowess and ability to be combined with other therapies. But few drugs derived from oncolytic viruses have made it to the market.

Arizona State University spinout OncoMyx Therapeutics is designing anti-cancer therapies from a type of rabbit pox virus called myxoma. The company has early data showing that the virus, when armed with relevant transgenes, can suppress different types of cancer in mice both as an injection directly into tumors and through systemic administration by intravenous infusion.

In mouse models of melanoma and bone cancer, the drug significantly slowed tumor growth, and it was even better at shrinking tumors and prolonging the animal’s lives when paired with a PD-1 or PD-L1 inhibitor, according to data presented at the Society for Immunotherapy of Cancer (SITC) virtual meeting.

“These data support the further development of our multi-armed myxoma virotherapies in combination with checkpoint inhibitors and other immuno-oncology approaches to increase the number of cancer patients who could benefit from immunotherapies,” Steve Potts, Ph.D., co-founder and CEO of OncoMyx, said in a statement.

Myxoma virus, like many other oncolytic viruses, works by directly infecting cancer cells, causing them to die. This process also releases tumor antigens that can stimulate an immune response to the cancer. But myxoma virus can offer several advantages.

First, the natural host of myxoma virus are rabbits, and it doesn’t cause disease in any other animals or in humans. This means that the virus can be systemically injected into people safely, and that it doesn’t have to overcome pre-existing immunity, which might otherwise kill it off before it could provide any therapeutic benefit.

What’s more, as a large DNA virus, myxoma virus can serve as a vector to carry additional genes to target different facets of cancer immunity.

OncoMyx researchers showed that myxoma virus can replicate with up to six genes transferred to it, and that the virus can effectively express transgenes. These multi-armed myxoma viruses inhibited cancer growth across a wide range of human tumor types in lab dishes as well as in mice bearing human tumor xenografts.

The team further tested myxoma viruses bearing up to three genes, or arms, in immunocompetent mice. One arm was a cytokine that modulates T cell and natural-killer cell activity and recruitment to the tumor, Leslie Sharp, chief scientific officer of OncoMyx, explained in an email to FierceBiotechResearch. A second arm remodels the tumor microenvironment and removes cancer cells’ suppression of T-cell immunity. And the third arm is a proinflammatory agent.

Unedited viruses were able to slow the growth of some tumors, but the effects were clearly better when the genes were edited in. “As is typical for preclinical models, response varies by model, but generally gives dose-dependent changes in tumor growth inhibition in the range of 70% to 99% including tumor regression and complete responses,” Sharp said. Tumor suppression was observed following both intratumoral and intravenous delivery of the viruses, and it led to increased survival of the animals.

Moreover, myxoma virus generally did better when being paired with either a PD-1 or PD-L1 inhibiting drug. That was even the case in a melanoma model that’s known to be resistant to immune checkpoint inhibition, suggesting it could be used in combination therapy to further boost the anti-tumor response.

Further analysis showed that multi-armed myxoma increased the population of tumor-infiltrating immune cells; the ratio of CD8+ T cells and immune-suppressing regulatory T cells was higher, and so was the ratio between pro-inflammatory M1 macrophages and healing-supportive M2 macrophages.

Very few virus-based cancer treatments have made it to market, and the ones that did have their limitations.

Amgen’s FDA-approved melanoma therapy Imlygic, for example, uses a cancer-killing herpes virus, which is genetically edited to reduce its harm on noncancerous tissue. But it can’t completely prevent it from infecting healthy cells. Plus, it needs to be injected directly into melanoma tumors to achieve the best results and avoid toxicity. Oncorine, the world’s first commercial oncolytic virus product, approved in China in 2005 for the treatment of head and neck cancer, is based on an adenovirus that also goes through an attenuation step to limit its damage of healthy cells. Because both types of viruses can infect humans, therapies based on them must overcome pre-existing immunity.

Nevertheless, oncolytic viruses remain hot targets of cancer research. A team at City of Hope recently engineered an oncolytic virus to express the CD19 protein on solid tumor cells, thereby allowing them to be targetable by CD19-directed CAR-T cell therapies, which so far have only worked in some blood cancers.

Researchers led by Astellas’ drug discovery unit used a vaccinia virus, another large DNA virus that also belongs to the poxvirus family, to carry two cytokines—IL-7 and IL-12—to stimulate an anti-cancer immune response. The therapy also appeared to work in synergy with anti-PD-1 or anti-CTLA-4 antibodies.

With promising animal data, OncoMyx is now working on programs to enable a first-in-human clinical trial for its lead program, dubbed OM101. “We can focus on large unmet needs in major cancer areas, for example, lung, gastro-intestinal, gynecologic, etc., and then look at patients within these populations where the mechanisms of interest are driving their tumor growth and will be most likely to benefit from therapy,” Potts said.

The company raised a $25 million series A funding round in 2019, led by Boehringer Ingelheim Venture Fund, Delos Capital and Xeraya Capital.

iTeos Appoints Matthew Roden, Ph.D. to Board of Directors