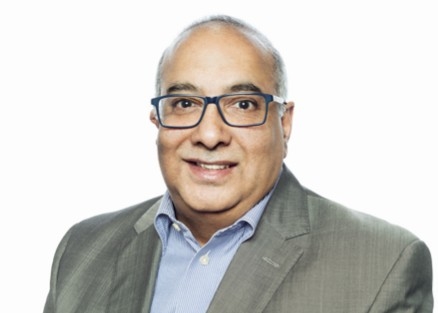 Arix Bioscience has overhauled its leadership to help it hunker down and survive the current turmoil. Naseem Amin, formerly of Biogen and Genzyme, is stepping up to the executive chairman position to lead the biotech investor through a potentially tricky period.

Joe Anderson, Chris Evans and Jonathan Peacock set Arix up and led the company through a period in which it made investments in companies including Autolus and Harpoon Therapeutics and listed its own shares on the London Stock Exchange. However, the salaries of the founders became a source of contention for some investors, leading Arix to trim its leadership team last year.

The then new-look leadership team emerged after Arix’s search for a new CEO led it back to Anderson, the person who vacated the position five months earlier. Now, a little more than one year later, Anderson has once again vacated the CEO post.

This time, Anderson is leaving Arix entirely, rather than transitioning into a chief investment officer as happened in 2018. Peacock, the former CFO of Amgen, is set to step down from the chairman role at Arix’s annual meeting. Art Pappas, a nonexecutive director at Arix, is due to leave at the same time as Peacock.

Arix expects the leadership changes to have “a substantial impact on cost-structure,” Peacock said in a statement. Analysts at Jefferies fleshed out what that will mean in practice in a note to investors.

With their calculations suggesting Arix’s costs will fall from £9 million ($11 million) last year to £5.5 million in 2021, the analysts think the slimmed-down company has enough cash to see it through to 2025. That plan, and the person appointed to implement it, received the approval of the analysts.

“The strategic and cost initiatives today are key to surviving now, to thrive later and remove any fears over solvency from over-investment draining the cash runway,” the analysts wrote. “Amin looks well suited to the new focus and is very attuned to the reality of cash rationing, cost cuts and realising value in the [near term].”

Extending the cash runway out to 2025 buys Arix the time to find out whether its bets will pay off. In recent years, Arix has committed between £10 million and £25 million to Autolus, Harpoon, LogicBio and Imara, plus smaller sums to other companies, giving it a chance to profit if those businesses are acquired.