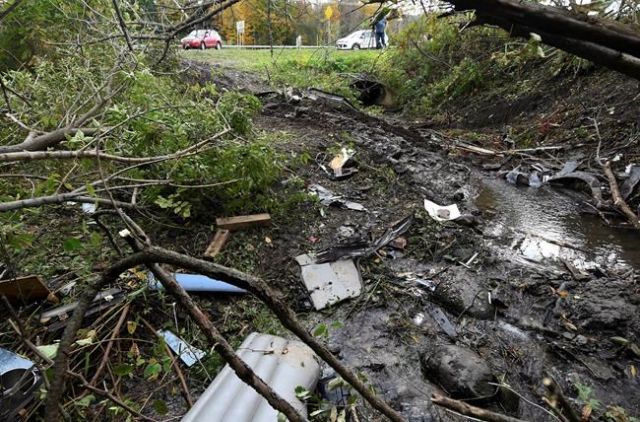 A deadly crash involving a stretched limousine-style SUV in New York state over the weekend has put a spotlight on safety concerns around the modified vehicles, but industry players maintain they’re safe.

On Saturday the limousine, built from a 2001 Ford Excursion, ran a stop sign, crossed three lanes of traffic and hit a parked SUV before stopping in a wooded ditch. Two pedestrians and all 18 people in the limo celebrating a woman’s birthday died.

The cause of the crash is being investigated but New York officials have raised concerns about a failed inspection for the vehicle last month.

“These vehicles are engineered to carry a lot of people, but in cutting them up and stretching them, some of the crash worthiness and safety aspects of the vehicle are taken out.”

Side-impact protection, full side airbags, some rollover protection could be lost, while seating modifications could make seatbelts hard to access, said Rader.

“Once a vehicle is modified and stretched like this, it would not meet the same crash-worthiness standards as the stock vehicle.”

Manufacturers of the vehicles, however, say they stick with detailed specifications set out by the main automotive brands used in modifications including Ford Motor Co. and Cadillac.

“We just do it one way, the way Ford or GM tells us how to build the car,” said Leo Bodenstein, vice-president of the professional vehicles division at Inkas Armored & Professional Vehicle Manufacturing.

Auto rebuilders can apply to be certified as meeting quality standards and specifications that outline requirements such as brake strength, wheelbase length limits, use of fireproof materials, and emergency exits including pop-out windows and an escape hatch in the ceiling.

British Columbia introduced more stringent regulations for the industry in the province in 2015 and now requires each vehicle to be approved by the Passenger Transportation Board for a special licence and has imposed a more extensive application process and operator review.

“Above all it’s important for people to recognize that just because you’re in a limousine out celebrating and having a good time, the laws of physics are always at work, and you’re not getting some magic force field protection. You have to wear your safety belt,” said Rader.