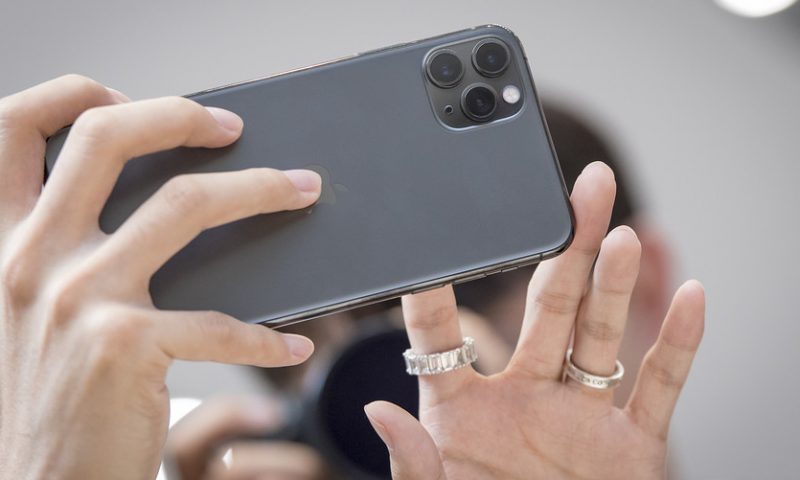 Shipment wait times are longer this year than they were with last year’s rollout, which could suggest better demand, analysts say

Wedbush and Instinet both saw positive demand trends this past weekend as Apple AAPL, +0.53% opened up online preorders for its new iPhone 11, 11 Pro, and 11 Pro Max devices. Apple announced the lineup of phones last week amid concerns that the company was due to face a disappointing upgrade cycle due to a relatively limited set of new features and a lack of 5G compatibility.

Analyst Daniel Ives of Wedbush said that his analysis of preorder data shows “delivery times extend[ed] across a number of models with many iPhones now slated for delivery two to three weeks after the Sept. 20 official release date.” He said that “some variants of the 256G iPhone 11 Pro” along with some space gray and gold devices were showing strength.

The key question for Ives is whether Apple will be able to drive upgrades in China, as trade tensions between the U.S. and China are an area of concern. He estimates that 60 million to 70 million iPhones in China are ripe for upgrades and that Apple needs to convince about half of these users to buy new devices. Ives rates the stock at outperform with a $245 price target.

Instinet’s Jeffrey Kvaal is encouraged by longer shipment times for the new devices relative to their predecessors a year earlier. On Sunday, high-end Pro and Max devices were showing shipment times of about 17 days, compared with 11 for the XS/Max phones a year ago. The iPhone 11 was showing about 12 days for delivery, while the XR showed roughly nine days last year.

“While shipment times reflect the balance of supply and demand, our supply chain work indicates supply is flat year over year,” wrote Kvaal, who has a neutral rating and $185 target on shares. “We interpret that to mean the 11 is off to a healthy start in the U.S.”

Evercore ISI’s Amit Daryanani said in a note to client that he sees “inherent upside” to Apple’s September-quarter earnings estimates given that the company isn’t staggering the launch of its three new models.

“This we think will have a positive impact to revenues and EPS in the September quarter, though depending on the reception of these products, it may be more of a pulling in of revenues from December quarter,” he wrote. “We think Apple will likely be more aggressive with their trade-in programs to further incentivize customers to purchase the new phones.”

Daryanani rates Apple’s stock at outperform and raised his price target to $247 from $238.

Apple shares gained 0.5% in midday trading Monday, bouncing back from a tough day on Friday but staying barely lower than the $1 trillion market-capitalization threshold, while the Dow Jones Industrial Average DJIA, -0.52% fell 0.5%. Apple stock has increased 14.1% over the past three months, compared with a 3.8% gain in that time for the Dow, which counts Apple as a component.