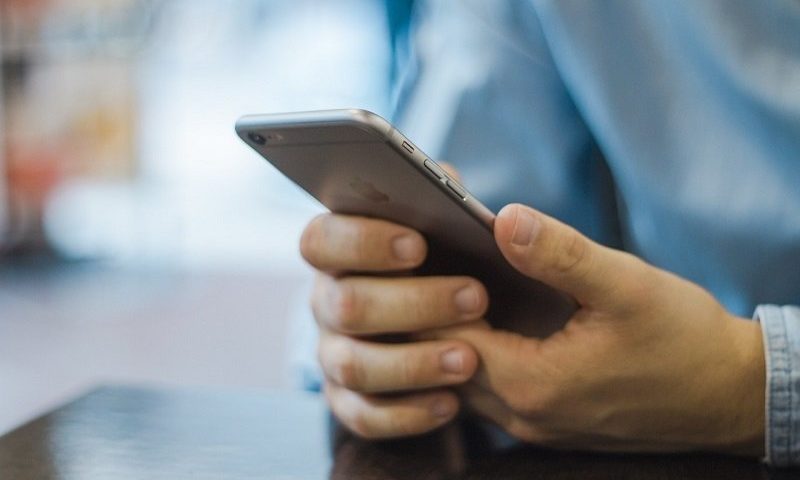 Smartphones are already being used to read COVID-19 test results, screen for conditions ranging from autism to pancreatic cancer and manage ultrasound wands, cardiac monitors and other medical devices. Soon enough, the iPhone in your pocket could also automatically detect mental health issues like depression, anxiety and cognitive decline—all based on the daily activity data already gathered by the device.

Findings from research partnerships that Apple has formed with Biogen and the University of California, Los Angeles (UCLA) are being used to develop algorithms able to assess mental health status using sensor-gathered activity, sleep and phone use data, according to a report from The Wall Street Journal.

The Biogen study, for one, which launched this week, will monitor data gathered by the iPhones and Apple Watches of about 20,000 participants to identify any links between data like physical activity levels and smartphone usage, and cognitive function. The goal of the study is to use those data points to track brain function over time, in hopes of catching signs of mild cognitive impairment—which may eventually advance into Alzheimer’s disease—as early as possible.

Those efforts with Biogen, maker of controversial Alzheimer’s drug Aduhelm, follow a small, early-stage study Apple conducted with Eli Lilly to uncover connections between tech use and cognitive function. Indeed, that 2019 study found that patients already diagnosed with mild cognitive impairment or mild dementia typed more slowly on their smartphones than those in the healthy control group, used the devices more erratically, sent fewer text messages and used “helper apps” like the clock more often.

Apple’s work with UCLA, meanwhile, is focusing on detecting conditions like stress, anxiety and depression. That study, kicking off this year with a goal of recruiting 3,000 participants, will analyze data gathered by the iPhone’s camera, keyboard and audio sensors and the Apple Watch’s movement, vital signs and sleep tracking features.

Researchers are hoping to draw a solid line from qualities like typing speed and accuracy, facial expressions, walking pace and frequency and sleep patterns to mental health indicators like emotions, concentration, energy level and state of mind.

Those findings will be backed up not only by self-reported answers to regular questionnaires about participants’ emotional states but also by analyses of the amounts of stress hormone cortisol in their hair follicles, the WSJ learned from people close to Apple’s research efforts and documents related to the work.

Ultimately, the information gathered from Apple’s studies with Biogen and UCLA could reportedly be translated into tools embedded in iPhones that automatically identify changes in a user’s emotional state or cognitive function. With such sensitive information at stake, privacy concerns are top of mind for the tech giant, which is planning to store the collected data only on the iPhone, without transferring it to Apple’s servers, per the WSJ.

Apple isn’t the only one aiming to put a mental health assessment in every smartphone owner’s pocket. Fierce 15 alum Mindstrong Health, for example, is developing an app that looks for deviations in users’ swipes, taps and keystrokes to identify changes in cognitive behavior and function—and has raised more than $150 million in the process.

And just last month, the FDA granted breakthrough device status to an Alzheimer’s-predicting app from Altoida, which claims its artificial intelligence-powered analyses of cognitive test results can determine whether a case of mild cognitive impairment will escalate into Alzheimer’s within one year.