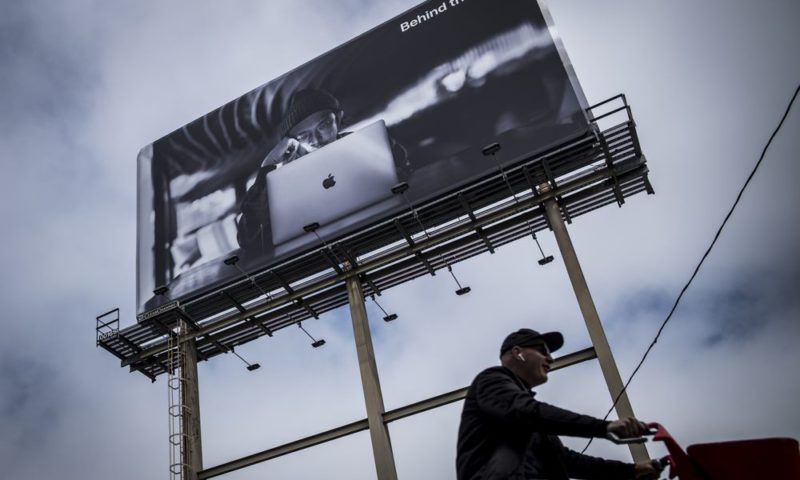 As U.S. tax cuts prompt Apple Inc. and other tech companies to bring home their overseas cash hoards, it’s leaving a void in the market for short-term corporate bonds, where those firms had invested much of the money. That’s now making it more expensive for other companies to borrow.

Once the biggest buyers of short-dated corporate debt, Apple along with 20 other cash-rich companies including Microsoft Corp. and Oracle Corp. have turned into sellers. While they once bought $25 billion of debt per quarter, they’re now selling in $50 billion clips, leaving a $300 billion-a-year hole in the market, according to data tracked by Bank of America Corp. strategists.

The reversal is adding pressure to a market already buffeted by Federal Reserve rate hikes. Yields on corporate bonds with maturities between one and three years have jumped 0.83 percentage point this year to 3.19 percent, close to the highest in almost eight years, Bloomberg Barclays index data show. That increase has happened at a faster pace than longer-dated bonds, which tech companies bought less frequently.

For a company that relies on such debt to fund its operations, it’s the equivalent of $4.15 million in extra interest costs each year for every $500 million of debt issued. Many issuers are adapting by selling longer-dated debt, according to Bob Summers, a money manager at Neuberger Berman. But with the tech companies likely to bring home more cash through year-end, the market pains will only get worse, said Richard Saperstein, managing director at HighTower Advisors’s Treasury Partners.

“That wave of money, the directional change of fund flows hasn’t really kicked into gear yet,” said Saperstein, who helps manage about $10 billion, most of which is invested in corporate debt maturing in less than three years. “If the flow of money accelerates further and there isn’t enough absorption, spreads will widen.”

The cash-rich tech giants parked an increasing amount of their wealth into corporate debt in recent years as yields on safer investments like Treasuries shriveled — a byproduct of central banks’ unprecedented efforts to keep rates low after the global financial crisis. Apple alone held more than $150 billion in corporates, exceeding some of the world’s biggest debt funds.

That started changing earlier this year after a Republican-led tax overhaul in the U.S. offered companies a break on the taxes they’d need to pay to repatriate their overseas profits. Within the first three months, companies had already brought back a record $306 billion of dividends received from abroad, according to the Bureau of Economic Analysis. The total could reach $700 billion by year-end, according to Strategas Securities.

More to Come
Saperstein expects that could mean that the extra yield over Treasuries that companies have to pay on shorter-dated debt could increase another 10 basis points within the next six to 12 months.

The shrinking offshore cash piles have created other ripples in the market. Before the tax changes, many companies issued bonds to fund shareholder rewards at home while keeping their cash overseas and away from U.S. tax collectors.

Apple, Microsoft and Oracle were among the top 10 largest non-financial borrowers in the market last year, issuing both short-term and long-term debt, data compiled by Bloomberg show. This year, none of the three has sold bonds. Representatives for Apple, Oracle and Microsoft declined to comment.

It’s already making a dent in corporate-bond issuance. Sales of $888.6 billion this year are down from $1 trillion for the same period last year, putting the market on pace to snap a seven-year run of rising debt sales. The drop would likely be even steeper if it weren’t for a global surge in mergers and acquisitions that’s fueling other funding needs.

The companies will likely return to the market when they need to refinance, but not with the same frequency or size, said Jon Duensing, director of investment-grade credit at Amundi Pioneer. So rather than the $30 billion that a company would issue each year at the peak of its cash-hoarding, it could come back with about $2 billion annually, he said.

As for the interest rates on the debt, the days of borrowing for virtually nothing are in the past, analysts say.

“I don’t see front-end selling by corporate treasuries changing anytime soon,” said David Knutson, head of credit research for the Americas at Schroder Investment Management. The front end of the so-called credit curve, he said, “will never be the same.”

Are Stocks a Better Investment Than Real Estate?