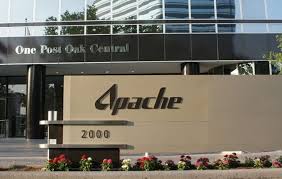 Apache Corporation (APA) traded on unusually high volume on Feb. 22, as the stock gained 0.3% to close at $33.47. On the day, Apache Corporation saw 7.53 million shares trade hands on 26,116 trades. Considering that the stock averages only a daily volume of 4.64 million shares a day over the last month, this represents a pretty significant bump in volume over the norm.

Apache Corp is a US-based independent energy company. It is engaged in the exploration activities for the development and production of natural gas, crude oil, and natural gas liquids. The company has exploration and production operations in the geographic areas of Egypt, the US, and offshore the U.K. in the North Sea. In addition, it also has exploration interests in Suriname. The company derives the majority of the revenue from oil and gas production activities in the US and Egypt.

Headquartered in Houston, TX, Apache Corporation has 3,356 employees and is currently under the leadership of CEO John J. Christmann.