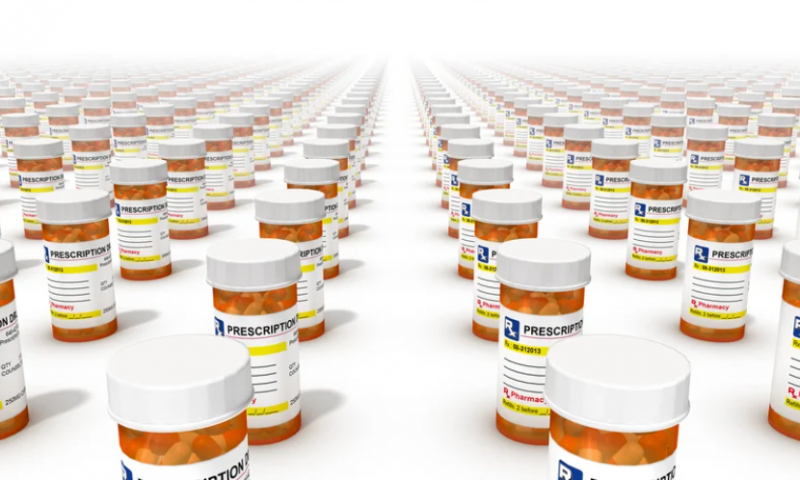 The decision came down to 4 yeas and 6 nays, with no abstentions. Many of the committee members expressed how difficult the decision was, regardless of whether they fell on the yes or no side.

“This was a very difficult decision for me, and I could have gone either way,” said Avindra Nath, M.D., clinical director of the National Institute of Neurological Disorders and Stroke at the National Institutes of Health. Ultimately, he was swayed to yes after carefully weighing all the evidence, he said.

Many industry watchers had assumed that Amylyx would face an FDA and advisory panel that was more open to giving early nods to therapies for devastating and irreversible neurological diseases, given the accelerated approval of Biogen’s Alzheimer’s disease drug Aduhelm last year. But it appears the committee is taking a more cautious approach in the wake of criticism lobbed at the FDA after the Aduhelm nod.

Like Biogen with Aduhelm, Amylyx is seeking an accelerated approval for AMX0035, a combination of sodium phenylbutyrate and taurursodiol, for ALS. If approved under this pathway, Amylyx would have to present additional evidence to support a full approval.

The committee considered a single question: Do the data from the single randomized, controlled trial and the open-label extension study establish a conclusion that AMX0035 is effective in the treatment of patients with ALS?

Amylyx’s application is underpinned by a phase 2/3 trial called Centaur and an open label extension, which showed a slowing of disease progression. But the single study was “not exceptionally persuasive,” according to the briefing document the FDA released ahead of the meeting. The company is already conducting a phase 3 trial called Phoenix, but is hoping for an accelerated approval in the meantime.

Specifically, the FDA said the analysis should’ve properly accounted for deaths that occurred due to the nature of the disease even though those deaths were not a result of the treatment.

Also voting yes was Dean Follman, Ph.D., assistant director for Biostatistics at the NIH’s National Institute of Allergy and Infectious Diseases. He understood the FDA’s concerns about the single study backing the application but agreed with Amylyx’s assessment that weighing deaths against the primary endpoint would have clouded the results.

Mark Weston, who has ALS and served on the committee as a patient representative, said the committee had the opportunity today to advance ALS treatment by providing a recommendation to the FDA that could help bring a new treatment option to patients.

“For me it was not a particularly difficult or enigmatic choice,” said Weston.

Ultimately, the no votes took the majority, with the members hoping for the swift conclusion of the late-stage Phoenix trial to help resolve some of the issues discussed during the day-long meeting.

“I’m encouraged by the safety, and the encouraging—promising—data in Centaur for possible effectiveness of this drug combination, but on balance I thought that the data presented did not meet the threshold of being a single, very persuasive study,” said Thomas Montine, M.D., Ph.D., chair of the Department of Pathology at Stanford Medicine and chair of the meeting.

Bryan Traynor, Ph.D., assistant director for Biostatistics for the NIAID, said the FDA voiced considerable concerns and that Amylyx had not provided “robust evidence” to support approval.

G. Caleb Alexander, M.D., a professor of Epidemiology and Medicine at Johns Hopkins Bloomberg School of Public Health, noted the unmet need in ALS, but said he looked to regulatory precedent to support his no vote. He had concerns about the small study size, missing data, modest impact on the primary endpoint and a lack of positive data for secondary endpoints. The phase 2/3 study also had a high rate of patient dropouts and non-participation.

Kenneth Fischbeck, M.D., said approving AMX0035 would be a “disservice” to the ALS patient community given the “problematic study,” because the therapy might ultimately prove to be ineffective. He noted the moving testimony of the patients and their advocates during the hearing.

“On the other hand, we were asked to look for substantial evidence of persuasiveness and robustness, and I think that this one trial does not quite meet that bar,” Fischbeck said.

While the small biotech has offered AMX0035 under a limited compassionate use program, an approval would open the therapy up to all patients—especially those who do not meet stringent clinical trial protocols.

The FDA itself encouraged Amylyx to file the medication for an accelerated approval, with a caveat that the advisory committee would need to consider whether the single study was enough to anchor a regulatory nod.

In briefing documents issued Monday, Amylyx called for an approval given the significant unmet need in ALS. The company also said the phase 2/3 trial was relatively large for the ALS community and was developed in accordance with FDA guidance.

‘We want access now’
The very focus of the Amylyx hearing was on patient deaths and how they were considered relative to the study’s main endpoint—bringing home how important this moment is for ALS patients. The public portion of the meeting featured patient after patient describing the devastating impacts of the disease, turning emotional at times.

Another theme was time: Patients and advocates asked for the drug to be approved because of the lethal, and incredibly progressive nature of the disease. If the FDA were to wait for the phase 3 trial, half of all people currently living with ALS would be dead, one patient said.

“Don’t let perfect get in the way of good,” said another.

Even the FDA, which has raised the very issues being discussed at the meeting, knows that time is of the essence with ALS. As Amylyx Co-CEO Joshua Cohen said, “We are here today because the FDA invited us to submit an NDA as quickly as possible.”

Looming over Amylyx is Aduhelm, Biogen’s controversial Alzheimer’s disease drug that was approved last summer on the basis of biomarker data that suggested it could reduce amyloid plaques in the brain. But the accelerated approval was not based on efficacy data, which Biogen will need to produce in a phase 4 clinical trial.

Amylyx would face a similar requirement if the accelerated approval is granted, but the company is already working on a phase 3 study that will back up the efficacy data from earlier studies. The company was cited as a potential beneficiary in the renewed interest in neurodegenerative diseases that followed Aduhelm’s approval, but the FDA has taken a very different approach to Amylyx’s candidate.

One patient caregiver quoted the FDA’s own language when approving Aduhelm, where the agency had “a humanity and urgency that is utterly lacking here.” At the time, the agency said it was “critical to intervene” in Alzheimer’s and other neurodegenerative disease given their potential irreversibility.

“In contrast, when we have a small biotech here … FDA chooses instead to focus on whether deaths equal survival?” the caregiver said.

Another familiar concern from the Aduhelm debate was raised in the Amylyx hearing by Avindra Nath, M.D., clinical director of the National Institute of Neurological Disorders and Stroke at the National Institutes of Health: Why would a patient enroll in a clinical trial and risk getting a placebo when they can get an approved medicine?

Amylyx’s response was that some patients, even before a medicine is authorized, choose to use supplements or other options available online rather than join a trial. Others seek them out and join knowing their participation is important to the disease community. Those reasons for joining a study or not will not necessarily change if the therapy is approved.

The FDA does not have to take the advice of the advisory committee—and Aduhelm is a good example of when the agency went against an expert panel’s recommendation.