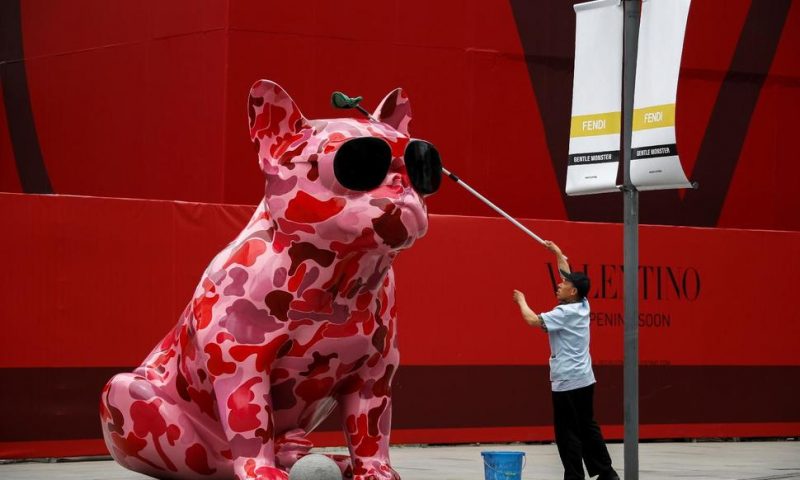 BEIJING — Chinese President Xi Jinping is talking up the Chinese economy’s resilience as he heads to Moscow for a state visit affirming increasingly close ties between the former Cold War rivals.

“Therefore, China has all the necessary conditions, capability and confidence to deal with any risks and challenges,” he said without referring directly to the United States and the dispute with Washington over Chinese trade and technology policies.

The trip to Moscow highlights Beijing’s efforts to drum up support both at home and abroad as the President Donald Trump’s administration pushes China to do more to redress a huge perennial trade surplus and end policies that U.S. and other foreign companies and governments say violate Beijing’s market-opening commitments.

While Russia has relatively little heft in global trade, Xi can be assured of a friendly audience when he defends China’s position in the dispute.

Elsewhere, China’s diplomats abroad have been meeting with reporters, academics and government officials to press China’s argument that it is being bullied by the U.S. and that Washington’s dialing-up of trade tensions spells trouble for the world economy as a whole.

On Sunday, the Commerce Ministry issued a lengthy report defending China’s position and stating that Beijing won’t back down on “major issues of principle.” It followed that by issuing a pair of travel warnings for the U.S., while the Foreign Ministry accused the U.S. of acting in bad faith in trade negotiations and said any attempts to interfere or undermine China’s stability would be “doomed to fail.”

Xi has not shown much public involvement in the trade dispute, leaving the task of negotiations to his chief economic adviser, Vice Premier Liu He. But Xi has a final say on any agreement and experts believe that his objections to U.S. proposals Beijing considers excessively invasive may have led to the breakdown of trade talks last month.

Officials have not yet announced any breakthroughs after 11 rounds of talks. In recent days, the two sides have traded jibes over who is to blame for the stalemate, while expressing a willingness to hold more talks but determination to resist unreasonable demands.

In all, the Trump administration has imposed up to 25% tariffs on $250 billion in imports from China and is preparing to increase import duties on another $300 billion.

China has hit back with tariff hikes of its own.

The next step could come when President Donald Trump and Xi attend a meeting of the Group of 20 leading economies planned for Osaka, Japan, later this month.

The Chinese leader’s trip to Moscow his eighth to Russia since he became president six years ago.

China and Russia have aligned their foreign policies and other positions at the United Nations on major issues such as Venezuela’s economic and political crisis, the Syrian civil war and Iran’s nuclear program, usually in direct opposition to the stance taken by Washington.

Reforms to Dutch Pension System Agreed After Years of Talks