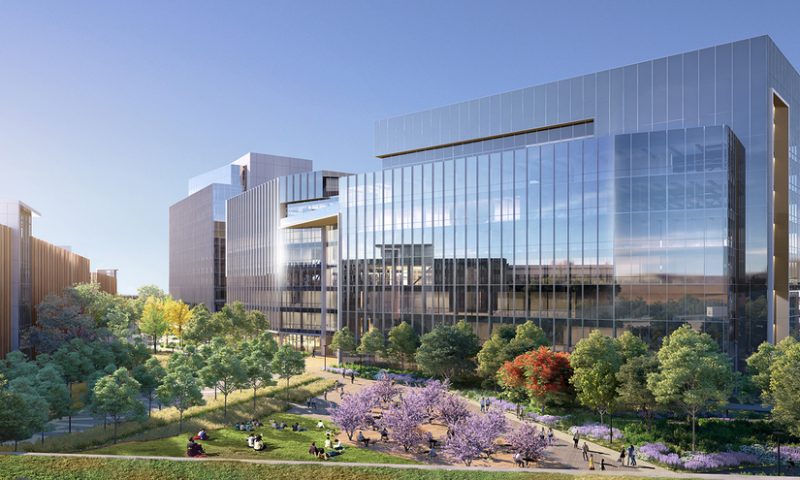 Amgen has maintained its lead in the race to bring a KRAS-targeting medicine to market after filing for approval of sotorasib in non-small cell lung cancer (NSCLC) in the U.S.

The drug was the first KRAS inhibitor to enter clinical testing and is now the first against a target once considered undruggable to start a regulatory review, having picked up a breakthrough designation from the FDA earlier this month.

The filing is seeking approval of sotorasib as a second-line treatment for patients with KRAS G12C-mutated locally advanced or metastatic NSCLC who have been diagnosed using an FDA-approved test and have previously been treated with one systemic therapy.

It keeps Amgen in contention for a first-in-class approval for sotorasib (also known as AMG 510) ahead of rival drugs like Mirati’s adagrasib/MRTX849—due to be filed next year after reporting positive clinical results in October—as well as earlier-stage KRAS programs from Boehringer Ingelheim, Johnson & Johnson/Wellspring, Merck/Moderna and AstraZeneca/Ionis.

Eli Lilly was also a contender until it gave up on its early-stage clinical candidate LY3499446 earlier this year.

The FDA is looking at sotorasib as part of its Real-Time Oncology Review pilot, which aims to speed up the review of selected cancer drugs so they can be made available to patients as quickly as possible.

Around 13% of NSCLC patients carry KRAS G12C mutations, and the cancer-linked gene is implicated in up to a third of all human cancers. Despite decades of research, the target has proved to be challenging for drug developers, in part because KRAS lacks traditional small-molecule binding pockets.

Amgen has been working with Guardant Health and Qiagen to develop blood- and tissue-based companion diagnostics to identify patients that might be eligible for sotorasib therapy.

The FDA filing for sotorasib is based on Amgen’s CodeBreaK 100 clinical trial in 126 KRAS G12C-positive NSCLC patients, which found it curbed tumor growth in 88% of them and shrank tumors in a third, according to results reported in September at the virtual European Society for Medical Oncology congress.

An update on that study will be provided at the World Conference on Lung Cancer next month, Amgen said.

The current filing is just the first stage in the company’s ambitions for the new drug, of course. It’s currently running the phase 3, head-to-head CodeBreak 200 trial pitting sotorasib against docetaxel chemo in previously treated KRAS G12C-positive NSCLC, with results due next year.

The company thinks that will be a critical study to secure approval and reimbursement of the drug internationally. Meantime, its running studies of nine different combinations with other drugs in NSCLC and other KRAS-driven tumors including colorectal and pancreatic cancers.