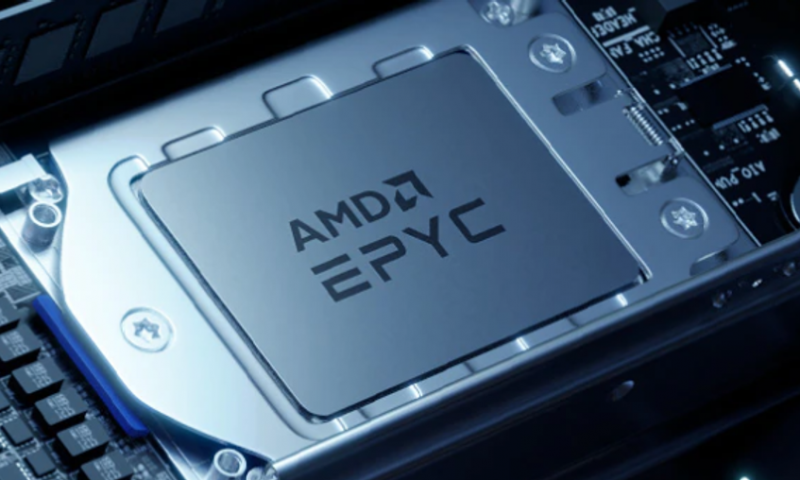 “In the first quarter, data-center product revenue more than doubled year-over-year and represented a high teens percentage of our overall revenue,” said AMD AMD, -0.23% Chief Executive Lisa Su on a call with analysts. “We expect data-center product revenue to grow significantly as we go through the year driven by our strong pipeline of new cloud, enterprise and [high-performance computing] wins.”

Sales from enterprise embedded and semi-custom chips — the unit that includes data-center and gaming-console revenue — nearly quadrupled to $1.35 billion, compared with $348 million a year ago. Analysts surveyed by FactSet expected $1.3 billion. Su’s comments about data-center revenue were helpful as AMD does not break out data-center sales from gaming sales.

“I think we saw actually strong signals in the first quarter that it would be a strong data-center year for us,” Su told analysts.

Last week, Intel Corp. INTC, -1.34% said the data-center market was in a “digestion phase,” contributing to a 20% drop in sales for data centers, yet analysts pointed to increased competition from AMD and ARM Holdings PLC.

Analysts surveyed by FactSet had forecast adjusted earnings of 44 cents a share on revenue of $3.18 billion, and AMD projected between $3.1 billion and $3.3 billion.

AMD reported first-quarter sales of $2.1 billion for computing and graphics chips, up 46% from $1.44 billion last year, compared with analyst expectations of $1.89 billion.

Executives also increased AMD’s guidance for the full year, to a sales increase of about 50% from previous guidance of a roughly 37% increase. AMD reported revenue of $9.67 billion last year, suggesting sales of about $14.65 billion this year; analysts had been forecasting revenue of $13.46 billion, according to FactSet.

AMD expects second-quarter revenue of $3.5 billion to $3.7 billion, while analysts had been projecting $3.23 billion, according to FactSet.

Shares gained more than 3% in after-hours trading, following a 0.2% decline in the regular session to close at $85.21.

AMD’s strong earnings come amid a continuing shortage of microchips to sate demand from global industries, and the companies that make the silicon wafers that chip designs use, work to clear waiting lists that span several months.

More of how the chip sector is dealing with supply shortages will be revealed this week, with Qualcomm Inc. QCOM, -0.68% earnings on Wednesday and KLA Corp. KLAC, -1.58% earnings on Thursday.