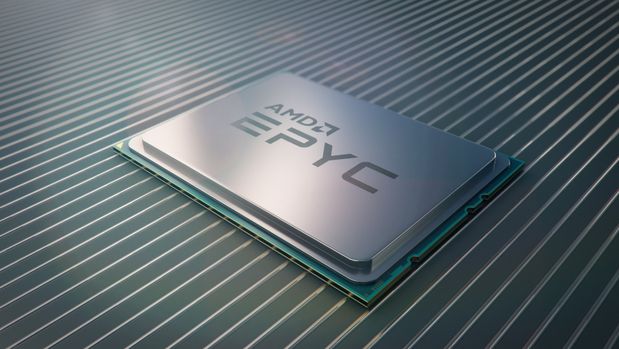 Srivastava downgraded AMD’s stock AMD, 0.23% to underperform back in January, after Intel Corp. INTC, 0.53% named a new chief executive, on the assumption that part of AMD’s strength reflected missteps from rival Intel that a new CEO could help fix. But as AMD has continued to gain traction in recent months, Srivastava is bumping his rating back up to market perform in a note titled: “Mea Culpa Time.”

“While we tend to be patient with our recommendations and wait for our thesis to play out, we also recognize when it is time to acknowledge when we are wrong,” he wrote. AMD shares have rallied 20% since the Jan. 14 downgrade, whereas the S&P 500 SPX, -0.13% has gained 16.5% in that span.

Srivastava previously thought that estimates for AMD would prove to be overly optimistic, but earnings estimates for 2021 and 2022 are now up sharply since his January downgrade, and he predicts “continued upward bias” ahead, “especially as AMD starts to ramp designs it has already won on the datacenter side, from the HPC to enterprise, including CPUs and GPUs.” While investors may anticipate those wins, he doesn’t see them “appropriately reflected in current estimates.”

Though Srivastava still expects that AMD’s share gains at the expense of Intel will moderate next year, he acknowledges that the company “has now executed and delivered to a point that it has carved out a position as a viable alternative to Intel for the foreseeable future.”

Srivastava is keeping his outperform rating on Intel’s stock, which he calls his one value pick within his coverage universe, writing that “everything we said with respect to valuation, relative multiyear underperformance, still holds true.” There’s “limited downside to shares,” in his view, as Intel’s 2.6% dividend yield helps make it worthy of patience.

AMD said in its 2020 annual report filed in late January that it “does not expect to pay dividends in the near future.”