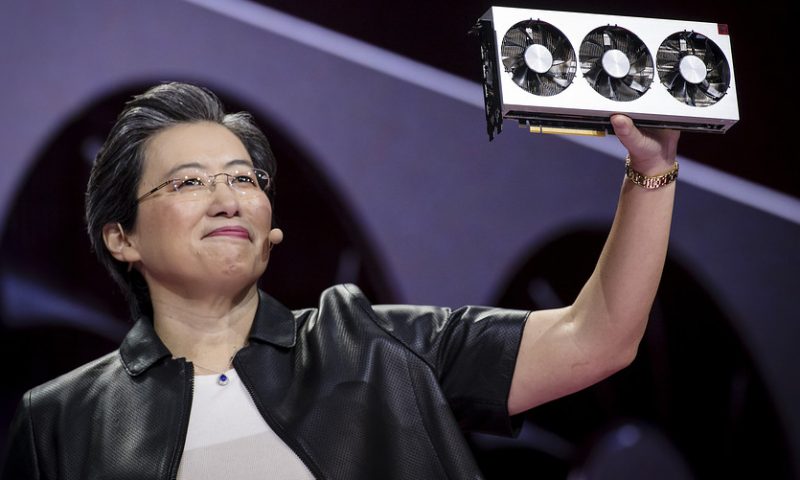 After putting up the best performance in S&P 500 for two years in a row, a big 2020 debut for AMD shares finally gets them over the hump

Advanced Micro Devices Inc. had the best-performing stock on the S&P 500 in 2018and 2019, but it took a strong start to 2020 to finally break the chip maker’s record high from the dot-com bubble days.

In between those two highs, AMD has struggled to overcome its larger rivals in the semiconductor space, namely chip giant Intel Corp. INTC, -1.22% . However, Intel has struggled for more than a year with production issues, while AMD has rolled out new chips and jumped back into the market for server chips under Chief Executive Lisa Su. While the rest of the sector largely struggled with declines in earnings and revenue in 2019, AMD managed to grow and its stock was rewarded.

Thursday’s gain came after an Instinet analyst pushed his price target on AMD stock 45% higher, to $58 from $40, and wrote that the reasons AMD shares were so successful in the past two years will continue in 2020.

AMD’s gains have pushed its market capitalization to nearly $55 billion and its price-to-earnings ratio higher than 250, according to FactSet, and have left analysts’ average price targets well behind the going rate. Even with Wong’s increase, AMD’s record closing price Thursday put it more than 22% higher than the average price target of $38.08.

Still, only three out of 40 analysts tracking AMD stock recommend selling the shares now. As of Thursday, 15 analysts rate AMD stock the equivalent of a buy and 22 call the stock a hold.