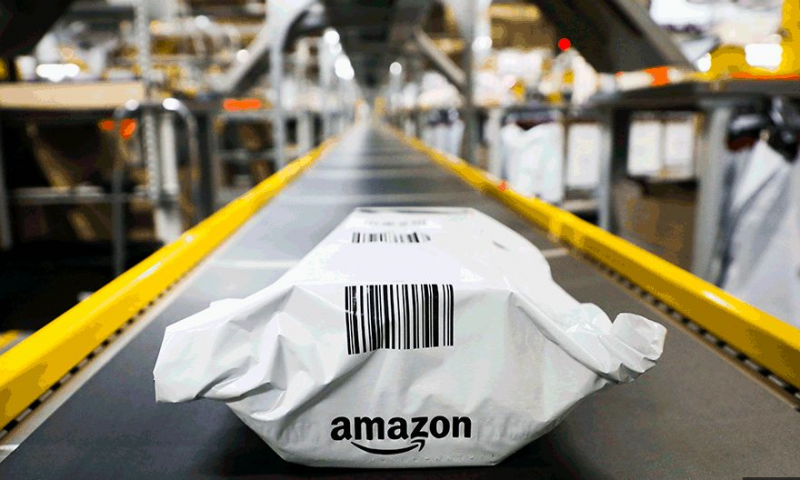 “There’s no guarantee that Amazon.com can be a successful company. What we’re trying to do is very complicated,” said Jeff Bezos in 1999, just five years after launching the online firm.

That the firm’s founder was so uncertain of its future seems surprising.

Today, 25 years on from when it started, Amazon is one of the most valuable public companies in the world, with Mr Bezos now the world’s richest man, thanks to his invention.

What started as an online book retailer has become a global giant, with membership subscriptions, physical stores, groceries for sale, its own smart devices and a delivery system which can get things to customers in just an hour.

Amazon’s innovation can be clearly seen in its financial results.

Last year, it became the world’s second-ever public company to be valued at $1 trillion, after Apple, and it has the second-highest market valuation in the world, after Microsoft.

The huge success of the online giant is also evident in its revenue.

Mr Bezos’s success has been driven by the firm’s global expansion, but mainly by expanding into a wide variety of other sectors.

Video streaming services and devices, cloud services and most recently groceries (with the acquisition of Whole Foods Market) have allowed the company to compete directly with technology giants such as Facebook, Apple, Google and Netflix.

And it all began with selling books.

1995: Amazon launches with online book sales
“When we first started selling books four years ago, everybody said, ‘Look, you’re just computer guys and you don’t know anything about selling books.’ And that was true,” said a young Jeff Bezos in 1999.

However, the huge stockpiling space that the company had at the time in the US helped Amazon become a leader in the sector and enabled them to offer a wider selection of books than its bricks-and-mortar rivals.

Then ebooks arrived and Amazon was smart enough to become a key player in that market too.

In the late 1990s, Amazon decided to start selling other goods, starting with music and DVDs.

The growing network of US warehouses helped extend what the company could offer, dramatically increasing its popularity with customers.

Ten years later, Amazon had become the biggest online seller in the US and around the world.

Following the creation of Amazon Marketplace in 2000 – which opened the platform up to thousands of small businesses – Amazon felt the need to boost its delivery service for loyal customers.

Amazon Prime was launched in 2005, offering quicker shipping for selected items. This boosted sales of all sorts of goods.

It is the second-largest paid membership programme in the world.

Amazon never forgot its bookselling origins. When ebooks started to become popular, Mr Bezos launched the Kindle in 2007, eventually becoming the global leader in the sector.

Amazon, however, was the first company to launch a smart device: the Echo speaker, equipped with the firm’s own artificial intelligence system, Alexa.

It is now the third-largest seller of smart devices in the US.

Today the future of Amazon looks a bit more complicated than just selling products on the internet.

The second half of 2018 was difficult for the company and its market valuation has fallen back below the $1tn mark.

Having successfully dominated online retail, the firm has now set its sights on expanding its services – and perhaps surprisingly, into physical stores – to create a new way of shopping.

What will Amazon be in another 25 years? We’ll have to wait and see.