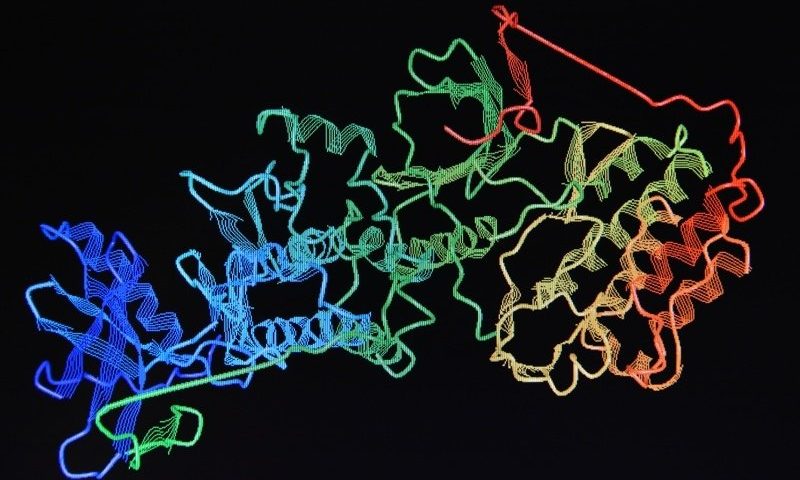 Google’s parent company Alphabet is diving into the drug discovery game with an artificial intelligence company built on the protein-folding simulation successes achieved at DeepMind.

The new Isomorphic Laboratories aims to deliver an “AI-first approach” for tackling biopharma research, with the goal of serving as a commercial partner to drugmakers and figuring out how medicines will react within the body.

Last year, researchers at DeepMind showed they were able to help solve a riddle that has stumped scientists for decades: How do proteins correctly fold themselves into the proper shape time after time, forming the building blocks of life itself?

Their generative AI model was able to predict how a simple string of amino acids would translate into a three-dimensional structure with atomic precision. Dubbed AlphaFold2, the project took first prize last year at a long-running protein-folding competition, which aims to better understand how a protein’s delicate origami interacts with cells and how their particular shapes can spur life and disease alike.

“At its most fundamental level, I think biology can be thought of as an information processing system, albeit an extraordinarily complex and dynamic one,” Demis Hassabis, Isomorphic’s founder and CEO, wrote in a company blog post.

“Taking this perspective implies there may be a common underlying structure between biology and information science—an isomorphic mapping between the two—hence the name of the company,” said Hassabis, who also serves DeepMind’s chief executive and plans to guide early collaborations between Alphabet’s two divisions.

Currently, Isomorphic is looking to hire computational and medicinal chemists as well as machine learning experts in addition to filling scientific, engineering and operational roles and eventually picking a new CEO as the company moves into later stages, Hassabis said.

“Biology is likely far too complex and messy to ever be encapsulated as a simple set of neat mathematical equations,” he added. “But just as mathematics turned out to be the right description language for physics, biology may turn out to be the perfect type of regime for the application of AI.”

Isomorphic joins a field of AI-powered drug prospectors that have made impressive strides of their own. Former Fierce 15 winner Insilico Medicine showed it could uncover a novel target and a new potential molecule in pulmonary fibrosis in only 18 months and at a cost of $2 million—a paltry sum compared to many Big Pharma R&D budgets.

Elsewhere, companies like insitro and XtalPi have posted venture capital megarounds this year in the hundreds of millions of dollars to power their drug discovery work, while companies like Exscientia and Recursion have launched sky-high IPOs. Even the graphics chipmaker Nvidia has launched AI drug research partnerships with the likes of AstraZeneca and Schrödinger.