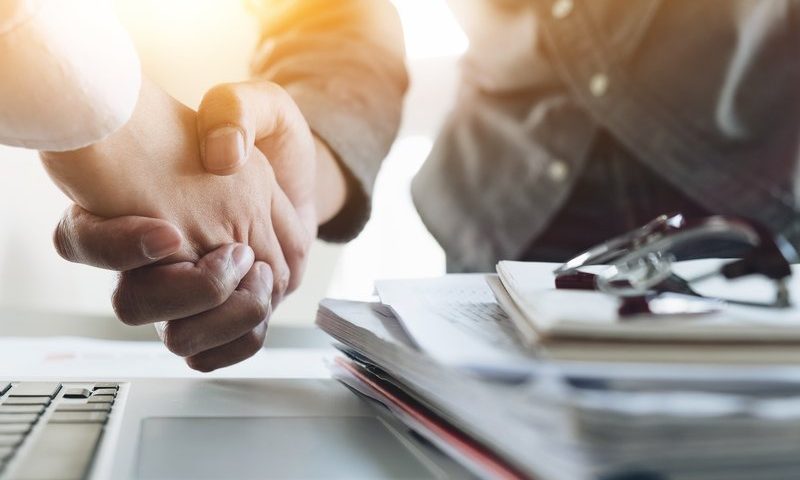 Armed with a recent breakthrough designation from the FDA for its tumor-destroying radiation technology, Alpha Tau Medical is plowing ahead with plans to go public before the end of the year.

To do so, it’ll join the growing list of medtech and biotech startups taking the SPAC route to the public market: Alpha Tau plans to combine with the special purpose acquisition company Healthcare Capital Corp., after which it will be listed on the Nasdaq under a still-unannounced ticker symbol.

The deal will bring Alpha Tau up to $367 million in gross proceeds. Up to $275 million of that will come directly from HCC’s trust account.

Once the transaction is complete, the combined company is expected to have $362 million in cash and a public valuation of about $1 billion.

The newly public Alpha Tau will continue to be led by its current management team, and all current shareholders in the company will retain their holdings, comprising nearly 60% of the combined company’s shares.

“The completion of this transaction will allow the company to realize its vision and implement the clinical development plans and construction of our manufacturing plants around the world, in order to bring hope to millions of patients around the world,” said CEO Uzi Sofer.

Those plans include advancing new and ongoing clinical trials and research collaborations, expanding the company’s global manufacturing capacity and preparing for the commercial rollout of the Alpha DaRT technology.

Before launching that, however, Alpha Tau will be working to secure FDA clearance for its technology, a process that will be significantly sped up thanks to the agency’s designating Alpha DaRT as a breakthrough device in June.

Alpha DaRT implants radioactive seeds directly into cancerous tumors. While the particle-emitting radioisotopes are powerful enough to destroy solid tumors as they decay, they also remain contained enough to avoid damaging most of the surrounding healthy tissue.

The FDA issued its breakthrough designation specifically for the use of Alpha DaRT in treating squamous cell carcinoma in the skin and oral cavity. In a clinical study of those indications, all skin, head and neck lesions treated with the technology demonstrated at least a partial response, and almost 80% were completely destroyed.

Alpha DaRT is also being tested in a variety of other cancers, with a past preclinical study showing that the alpha radiation emissions had at least some effect on all solid pancreatic, lung, breast and prostate tumors in the study. Those effects are being further investigated in a clinical trial based at Memorial Sloan Kettering Cancer Center that recently enrolled its first participant.