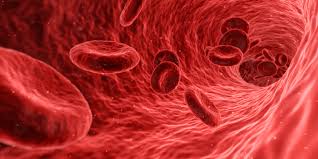 The deal also includes potential additions of up to $145 million based on future commercial success of Resolution’s next-generation sequencing blood tests—which Agilent expects will give the company a foothold in an total addressable market topping $3 billion by the end of 2025 and estimated to double in the five years after.

“By adding Resolution Bioscience’s liquid biopsy-based diagnostic technologies to our portfolio, we are strengthening Agilent’s offering to our biopharma customers and boosting the growth of our diagnostics and genomics business,” Agilent President and CEO Mike McMullen said in a statement.

The acquisition announcement comes alongside Agilent’s public offering of senior notes amounting to about $850 million, set to mature in 10 years. The company said it plans to put the proceeds toward funding senior notes due in 2022 and pay down other borrowings.

“This also accelerates our strategy to broaden access to precision oncology testing for patients worldwide through distributed NGS-based diagnostic kits,” McMullen added, as Resolution’s platform is designed both to be used both as a consumable product and as a service offered out of its centralized laboratories.

Previously, Resolution inked a commercial partnership last year with LabCorp for its ctDx test for genes linked to lung tumors, while its assay for homologous recombination deficiency—which helps gauge cells’ ability to repair their DNA—has received a breakthrough designation from the FDA to detect genetic mutations associated with cancer.

Last year, Resolution brought in about $35 million, and the two companies expect to see revenues of $50 million to $55 million over 2021, with the deal slated to close next month.