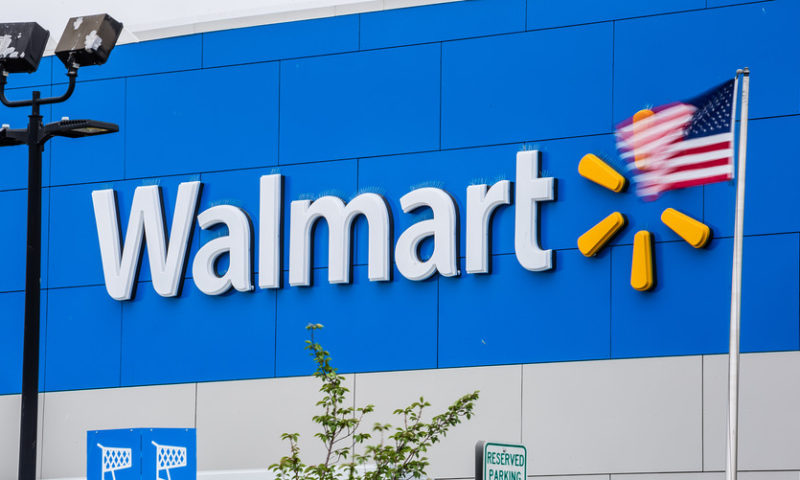 Earnings Watch: CVS to issue post-Aetna outlook as season begins to slow down

A short week on Wall Street brings a fairly light earnings slate, with one huge Dow component arriving at an anxious time for the retail sector.

The key name to watch is Walmart Inc. WMT, +1.49% which will give a glimpse into the all-important holiday season and also provide information about its newer efforts in e-commerce and international markets. Walmart’s report comes in the wake of a downbeat retail-sales report issued by the U.S. Census Bureau for the month of December, and many will be watching the results and forecast for other signs of a shift.

Likely the biggest report of the week will come from Walmart, which delivers its earnings on Tuesday morning. One interesting theme to watch will be the company’s India business, now that Walmart has a majority stake in Indian e-commerce player Flipkart. Evolving e-commerce regulations in the country “increase the cost of doing business and add uncertainty over Flipkart losses,” according to Morgan Stanley’s Simeon Gutman.

Supermarket chain Sprouts Farmers Market Inc. SFM, +2.55%  will give another read on the grocery landscape when it posts numbers on Thursday morning. Online furniture retailer Wayfair Inc. W, +1.69%  follows with its report on Friday before the bell.

CVS Health Corp.’s CVS, +2.72% outlook will be of keen interest this time around, as it marks the first time the company will be issuing a forecast that includes its acquisition of Aetna, which closed in late November. Don’t be surprised if the company issues an initial earnings forecast a bit below the Wall Street consensus, according to Morgan Stanley’s Ricky Goldwasser, who thinks that even a moderately light outlook could be seen as “good enough” for investors and send shares higher. CVS is on the schedule for Wednesday morning.

Others in the health space include Medtronic PLC MDT, +1.14% which posts numbers on Tuesday morning, and Bausch Health Cos. Inc. BHC, -0.20% formerly known as Valeant, which follows on Wednesday.

Shares of Domino’s have risen 37% in the past 12 months, and the company will try to keep that hot streak alive when it posts results on Thursday morning. Look for signs of continued success with the company’s “fortressing” strategy, which involves blanketing a market with many locations in order to pressure competitors. Domino’s has ambitious plans for unit growth, and management may share more about them on the earnings call.

Texas Roadhouse Inc. TXRH, +0.08% is up on Tuesday afternoon, while fellow restaurant chains Cheesecake Factory Inc. CAKE, +0.32% and Jack in the Box Inc. JACK, +0.83% deliver their reports on Wednesday after the bell. Wendy’s joins Domino’s on the Thursday-morning slate.

More tech earnings on the horizon

Tech earnings season has slowed down, but the week ahead will bring a few enterprise reports: Hewlett-Packard Enterprise Co. HPE, +0.63% and Dropbox Inc. DBX, -0.93% are both on Thursday’s afternoon’s earnings schedule.

HPE hasn’t seen any trouble with IT spending yet, said Instinet’s Jeff Kvaal, but he worries that the company will have limited visibility into the corporate-spending outlook for the year ahead. With Dropbox, one focus will be the company’s recent acquisition of HelloSign. Management will likely break down the rationale behind the deal and discuss plans to compete against DocuSign Inc. DOCU, +0.56% in this space.

Bitcoin holds above $3,500, but analyst warns of lower prices ahead