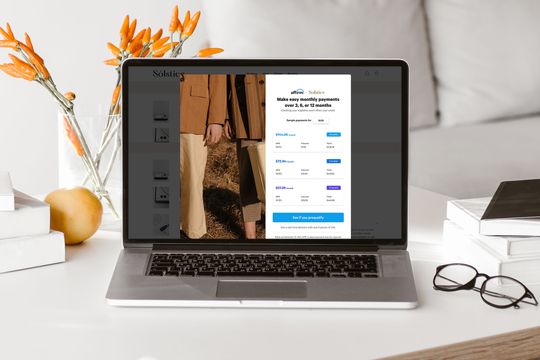 Shares of Affirm Holdings Inc. surged in after-hours trading Thursday after the buy-now pay-later company delivered a revenue beat and sought to reassure investors about its positioning in a downturn.

Revenue at Affirm AFRM, +23.31% increased to $354.8 million in the fiscal third quarter from from $231 million a year before, while analysts had been modeling $344 million.

Affirm processed $3.9 billion in gross merchandise volume (GMV) in the quarter, up 73% from a year earlier. Analysts had been projecting $3.85 billion.

Shares of Affirm were up 34% in aftermarket trading Thursday, following a 23% gain in Thursday’s regular session.

“Following a great deal of anxiety, very strong F3Q results should offer a big sigh of relief,” Mizuho’s Dan Dolev wrote in a note to clients.

Amid recent market turmoil, fintech names have been hit especially hard, and Affirm shares have slid about 61% over the past three months, in part due to concerns about the fate of credit-oriented businesses in a downturn.

Levchin further called out “the very short weighted average life” of Affirm’s loans, which he said was about five months. That means that “as the economic cycle changes, the loans we made in the past will have a rapidly diminishing impact on Affirm’s future financial performance,” he continued.

Affirm expects that people will be even more interested in the idea of paying for items over time without incurring late fees during a downturn, but Levchin said that while the company intends “to improve people’s lives” it also is aiming “only to extend credit that we believe can and will be repaid.”

Linford added that Affirm feels “really, really good” about where it stands in terms of capital commitments.

“We have seen the overall macro market change, so that changes rates, it changes spread, but the asset underneath it, the asset we create, continues to be something that all of our capital partners both understand and value,” he said on the call.

Barclays analyst Ramsey El-Assal keyed in on some of Affirm’s funding commentary in a note following the report.

“They cited having over $10.1 billion in funding capacity at the time of the call (May 12) and recently received a AAA-rating of some of the securitized debt,” he wrote. Though El-Assal noted that Affirm acknowledged rising interest rates could ultimately flow through to its cost of funding, he highlighted management’s assertion that “it is a mistake to think about that as a full flow-through on a linear basis.”

Levchin added on the call that Affirm’s “plan is to achieve a sustained profitability run rate on an adjusted basis by the end of the next fiscal year.”

The company’s discussion of longer-term objectives beyond the current quarter seemed to sit well with Wall Street, El-Assal suggested.

In the most recent quarter, the company posted a net loss of $54.7 million, or 19 cents a share, compared with a loss of $287 million, or $1.23 a share, in the year-earlier period. Analysts tracked by FactSet were expecting a 46-cent loss per share.

The company further shared in its earnings release that it reached a multiyear extension on its Shopify Inc. SHOP, +10.96% partnership, meaning Affirm will be the exclusive provider of “pay-over-time” technology for the company’s U.S. Shop Pay Installments product.